YouTube Red Originals For Kids: Shows To Watch As A Family #YTRedOriginals

Are you a YouTube Red subscriber? I hope so because there are so many benefits to being part of that team! Not only do you avoid watching any ads – um HELLO I COULD STOP RIGHT THERE – but you also get access to several YouTube Red Original Series starring so many of your favorite online stars. It’s super fun! The kids adore it! And if we are being honest, it’s the only way to watch programming these days, right?

YouTube Red is taking the Internet by storm – you have to subscribe today. My family had the chance to see Dan TDM in NYC during his national tour. I love the fact that we get to continue on with his adventures while watching YouTube Red! Super fun!

Calling all DanTDM fans! Catch Dan and his lively group of animated friends as they battle mayhem and misadventure to keep their brand new live show on the road. Each episode follows their behind-the-scenes exploits as they learn new skills, overcome challenges and find that putting on an epic show isn’t quite as easy as it looks.

Just in time for summer, go underwater with Kings of Atlantis, an epic animated series that follows two young monarchs —Cody and Joe— in the vast underwater city of Atlantis. Cody  and Joe seek to overthrow the brutal usurper of their kingdom, reclaim their birthright, and protect their people from his cruel reign. 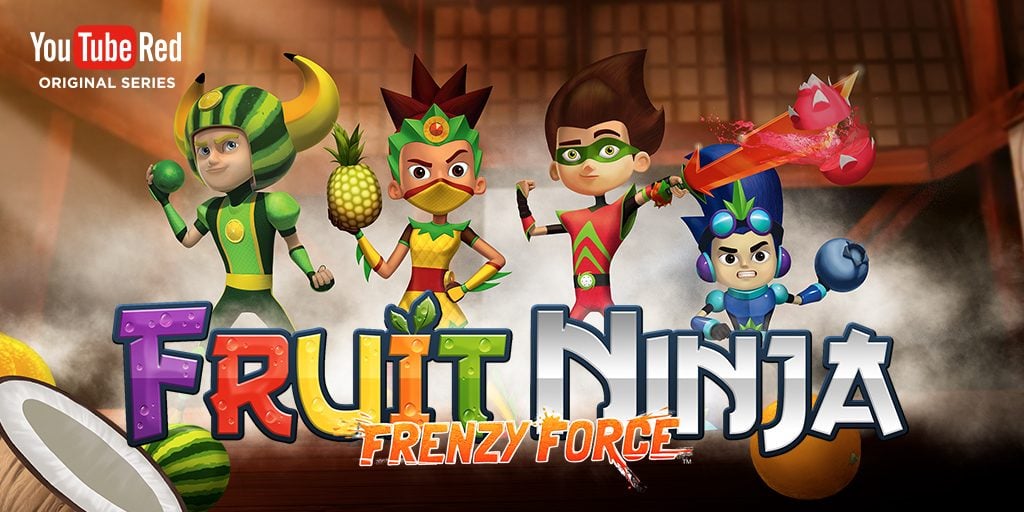 In this animated series based off the Fruit Ninja game, four Fruit Ninjas set up a juice stand as a front for the messiest secret service in the world. The new Fruit Ninja kids—Seb, Niya, Peng and Ralph—come together to fight the evil forces of Durian Grey and the Deep Fried Samurai. They will use their special Juice Jitsu skills (and perhaps some help from their own sensei) to prevail.

and a bonus for you….

Inspired by a true story, this series features music sensation L2M. It follows five girls as they come together to create their own website for girls, by girls. They also must navigate everyday tween issues involving friends and relationships.

Like I said – you get these awesome shows and dozens more PLUS NO ADS on any of your videos PLUS several other amazing bonuses as a YouTube Red subscriber. What are you waiting for???

Which YouTube Red series are you most looking forward to watching? Are you currently a YouTube Red subscriber?