We surprised Caleb for his 5th birthday and took him to see SpongeBob SquarePants: The Broadway Musical‎. I don’t know if you remember this, but Spongebob was actually Caleb’s first word. Yes! It’s true. He would mumble “Bob Bob” over and over again because he loved the cartoon so much. 5 years later, nothing much has changed. Who am I kidding? The entire family adores SpongeBob SquarePants and his crew. Each character bringing such a unique personality to the mix! So, of COURSE, we went to see the SpongeBob Musical. 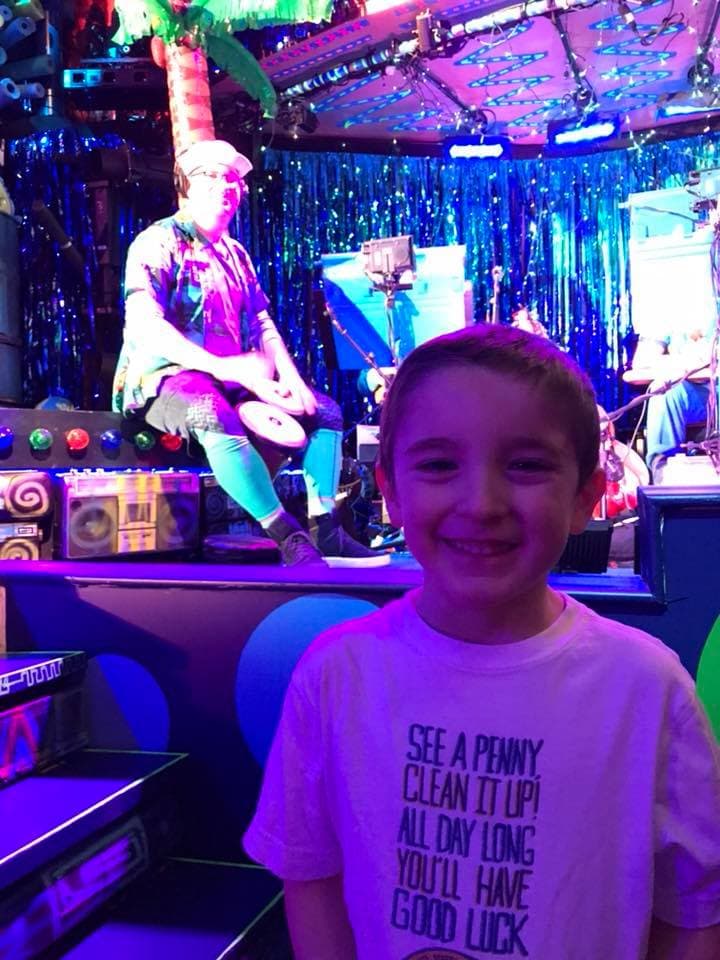 We waited about 4 months to actually use our SpongeBob Musical‎ tickets! We bought them in either October or November. Can you believe it? I was able to keep a secret for that long. PHEW! 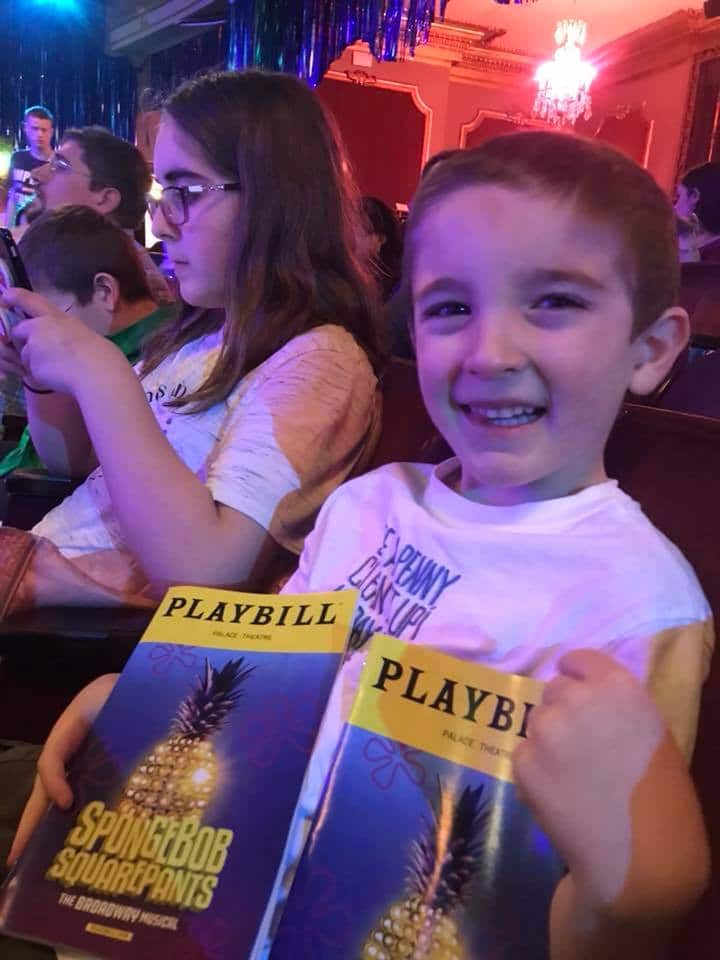 Well, I’m glad I did because everyone was THRILLED! Check out Caleb holding onto his Playbill. We still have it.

What To Expect From The SpongeBob Musical:

I wanted to tell you a little bit about what to expect without giving away too much of the storyline. I am a firm believer of not spoiling the experience for my readers. Personally, I’d rather you go in and enjoy it completely on your own with a fresh set of eyes. BUT….

It is loud and bright and bold. Know it. I had just come off of seeing Phantom of the Opera and Hamilton – back to back. Then we walked into see SpongeBob Musical‎ and it was an entirely different experience. I had to almost force myself into thinking it wasn’t a Broadway show for the first few minutes because I was used to an entirely more serious storyline.

Once I relaxed my shoulders a bit, I warmed up to the underwater idea. Of course, my kids were thrilled by it all from the very first opening scene by the way!! It was truly just me. By the end of the show,  I was sold just like everyone else in the theatre. Each person in the cast truly took on the personality of our Bikini Bottom favorites. Personally, I think Squidward stole the show with his tap dancing sequence and Pearl knocked me right out of my seat with her singing. YEOW!! Amazing vocals!!

Everyone looked like they loved what they were doing.

Plus, everyone in the audience was fully engaged.

What more can you ask for from a Broadway Show?

SpongeBob Musical is so perfect for kids.

One Thing To Note

Parents – I want to say one more thing though. The candy was a bit expensive. We ended up buying the kids some Spongebob ice cream pops and they were $6 or $7 EACH. I have three kids! Yikes! We also bought a few water bottles and in the end… we wish we didn’t. So, when you get to the show… walk in full and hydrated. 🙂

Click here to grab your tickets today. Have you seen SpongeBob SquarePants: The Broadway Musical? What did you think?

Pin This For The SpongeBob Musical: 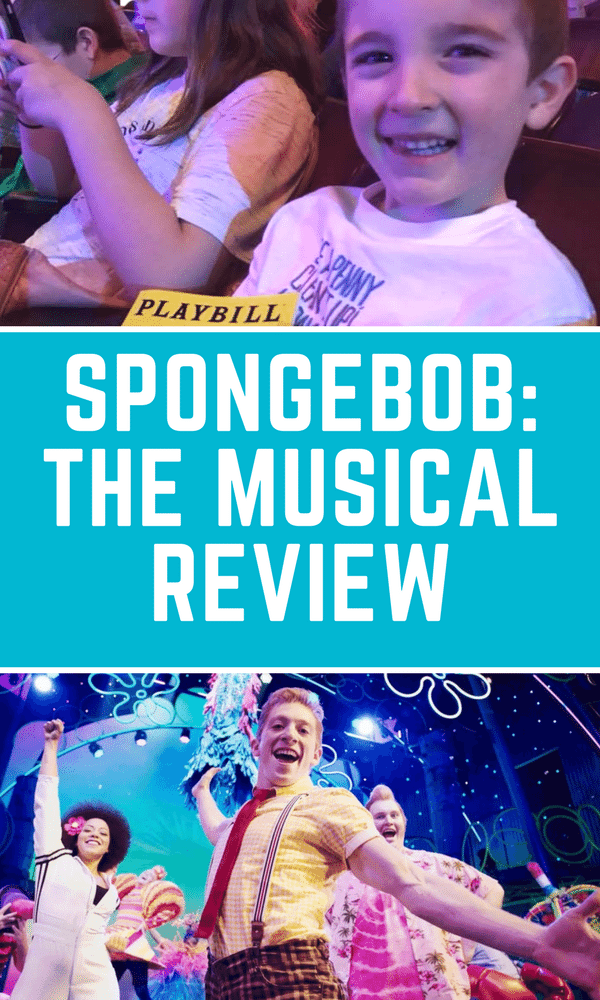