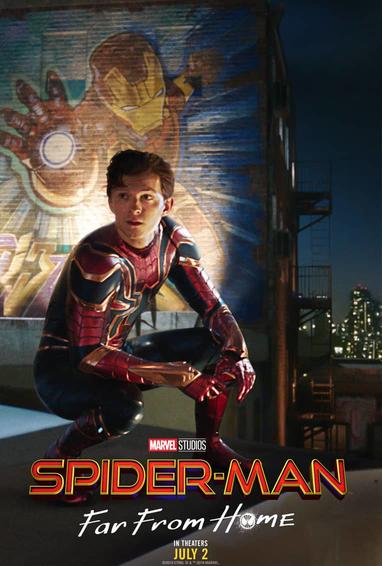 There are so many things – wild things – that occur during Spider-Man: Far From Home that blew my socks off! I just want to tell you –  right here and now – do NOT look for spoilers for this movie. I’ve had a few people email me asking me to spill the beans and I wouldn’t because if I did I would have ruined the entire film for them.

I went in thinking one thing and saw something entirely different and that makes for an excellent movie. Nowadays, everything is so cookie cutter and it’s just nauseating. 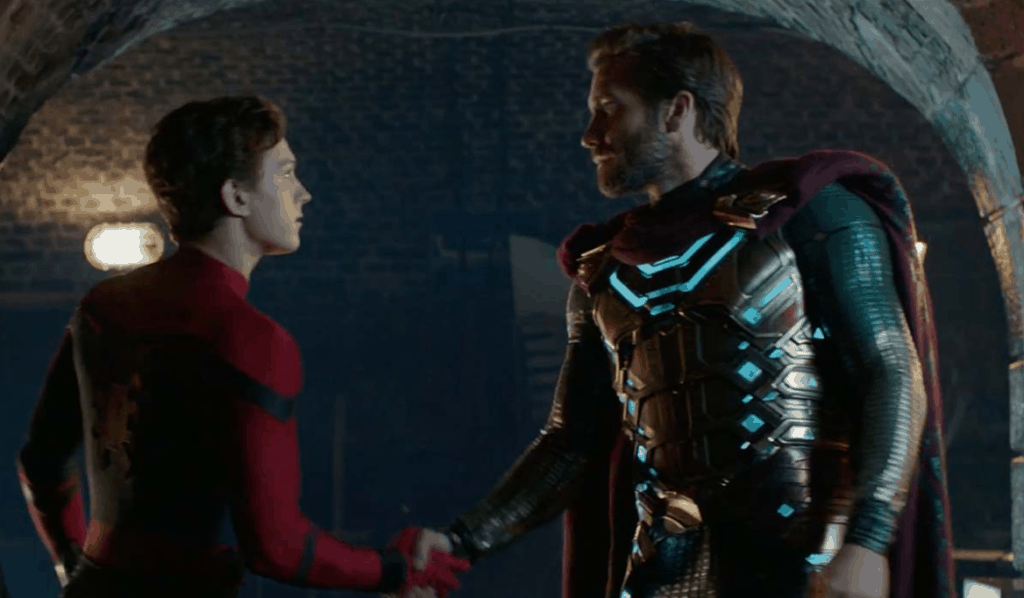 One movie after the next following the same formula. Remake after remake. Yawn. Yawn. Yawn. We, as consumers, still end up going and buying ALL THE POPCORN because what else are we going to do?

We still need to escape this crazy world, right? Everyone is on the brink of losing their minds hoping for an alien invasion! Wait – is that just me and my mom? Oops.

Anyway, when I was invited to Spider-Man: Far From Home, I happily took the tickets because I simply love his storyline. This superhero is from Queens, after all, and if that doesn’t give him the upper hand in my heart then I don’t know what will.

Spider-Man is not my favorite superhero … but he kinda is in some small way because I love him so much. Maybe I am the most protective of him because of what he represents.

A punk kid from nowhere who is just trying to live his life and be something. Sounds familiar, right? 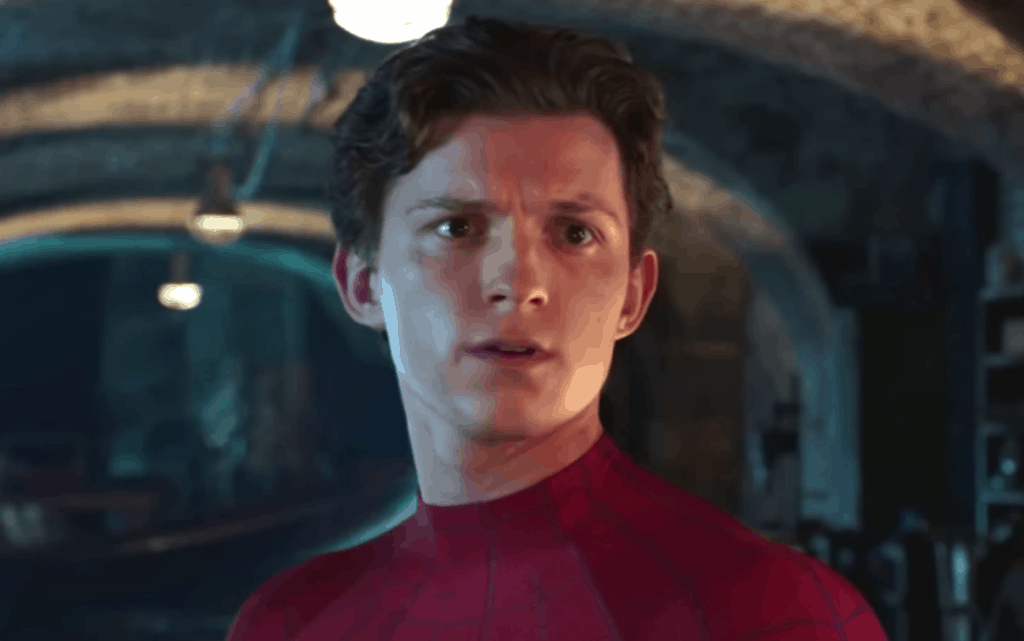 Anyway, I went, found my seats, bought the popcorn and the drinks and waited for the movie to start and then BAM. My head exploded and I realized that this was the best Spider-Man movie to date.

Tom Holland just became Spider-Man forever. Irreplaceable Spider-Man. There was no Spider-Man before him and there will be no Spider-Man after him. You know how the Yankees retire jersey numbers when great people end their time on the field. Well, Tom just solidified that that suit is coming home with him when his days end with the web.

It was all fun and games when we were switching around and changing roles and going from one brown haired male lead to the next, but that’s like… over or something. Tom IS Spider-Man. The same way that Rob is Iron Man and Harrison is Indian. Come at me. 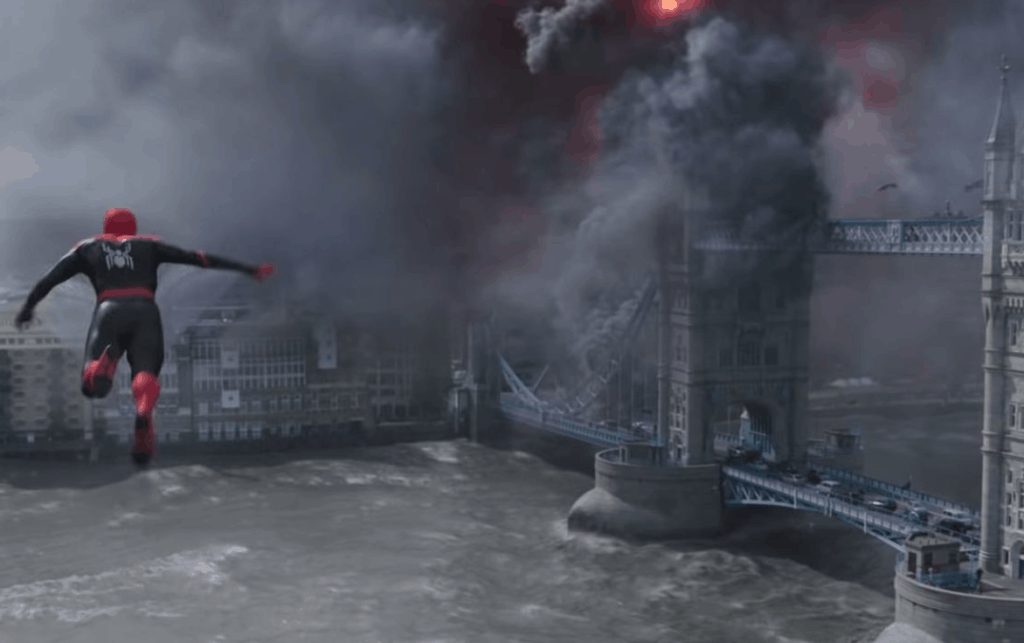 Ok, let’s get back to the movie. New York City wasn’t getting blown up – so that was weird. In fact, watching a superhero movie where my hometown wasn’t getting annihilated felt downright awkward. I kept waiting for them to have to suddenly fly home so the Chrysler Building could collapse. But it never happened.

The Love Story Was Adorable

I do not want to get too deep into this because I told you that I won’t spoil anything for you, but even the love story(ies) didn’t feel very traditional. They were CUTE. They were PERFECT. They were APPROPRIATE.

Spider-Man is in high school and so his love story should feel that way. It can’t be grand and MADE FOR TV because that would never happen to a 16-year-old and I just love that it all played out in the fashion that it did. In fact, I almost want to say it was my favorite part of the whole movie, but I would be lying because I like when things explode.

This Was EndGame Therapy

While watching the movie, I was thinking to myself… They did it. I was so afraid of what this movie was going to feel like after Endgame because that movie took so much from me and was SO GOOD OMG that I walked in almost expecting either the WORLD or nothing at all.

And Spider-Man: Far From Home gave me… everything. I laughed so MUCH and if you know me in real life that is a big deal. I am a horror and sci-fi and action/thriller kind of girl. I don’t go into the movies wanting to laugh and slap my knee. But I was LITERALLY SLAPPING MY THIGH. Laughing and slapping my thigh…. like who was I? I don’t know? 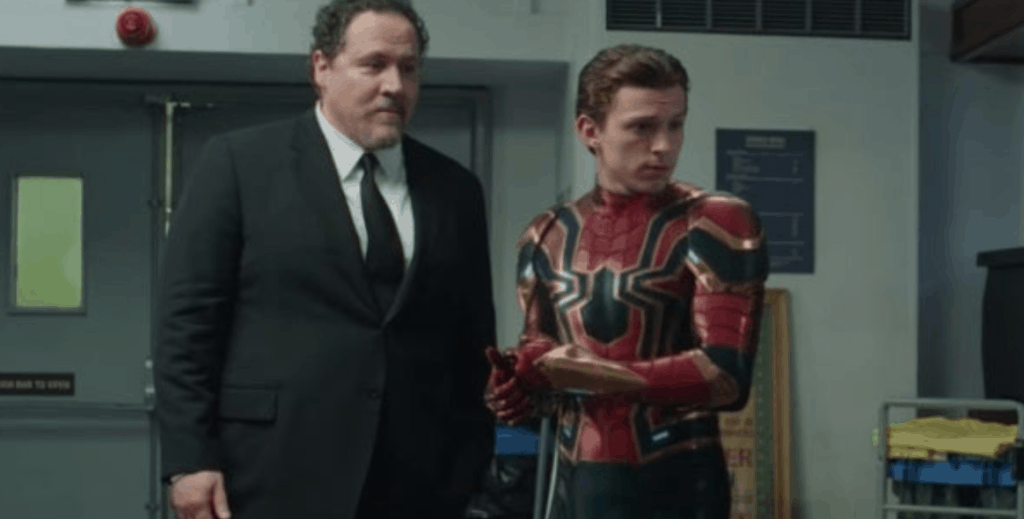 Don’t look up anything about Spider-Man: Far From Home. You will ruin it. Just go in and buy the popcorn and buy the drink and grab a friend and say hello to your friendly neighborhood Spider-Man because he can’t wait to see you. Man, we are so lucky to have him.