So, I Booked A Trip To Hawaii… 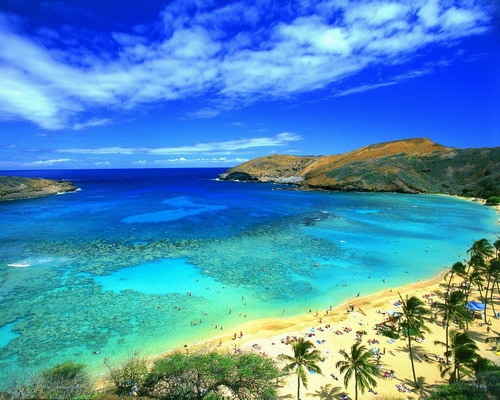 Completely got suckered and pressured into this opportunity and I am SOOSOOSOSOSOOSOSOSO NOT that person typically, but I guess I was really looking for an excuse to GO.

So, here’s the deal. Hubby and I are celebrating 10 years in November. I can’t even believe that – but that’s not the point of this post. We’ve been going back and forth with where to go for our anniversary. I wanted to go without the kids and he wasn’t too thrilled with that idea. I don’t want to get into a massive argument about our anniversary trip, so I agreed we would go with the kids. Besides, we have another 5 day trip planned this year without them anyway. I will get to sleep on the beach this summer – one way or another. 🙂

Originally, I was working with Starwood hotels to book a trip to Japan… but unfortunately that isn’t going to happen anymore. My thoughts are with that country. 🙁

Prior to that thought, I wanted to go to Europe – specifically Malta (where my family is from)… but then everything with Libya started to happen and the island has now become a port for refugees. My family has warned me to stay away for now – things are a little wild over there.

Prior to that was… Egypt. I mean – I almost gave up here.

Then I got a phone call from the Hilton asking me to spend a night in NYC in exchange for a timeshare conversation. I told them I had no desire to do that and attempted to end the call. He then pushed Orlando and Vegas – two places I’ve visited WAYYYY TOOO OFTEN. Again – I turned it down.

Then he said Hawaii….

My husband wasn’t home and I was on the phone… and it sounded good… and we had our honeymoon in Hawaii. That thought kept repeating in my mind. And then I booked it!

We went to Hawaii without our children (obviously) when we first married and now ten years later we will return and take them with us.

The flight is WAY LONG – that’s going to be an issue. I’m seriously going to have to do some major shopping to keep those kids occupied for the 10+ hours (OMG) it takes to get there. BUT – I figured it’s a life experience that I want them to have.

I know I totally got suckered into the Hilton’s timeshare pitch and I kept telling the guy over and over again that I had ZERO intentions of buying. He said it’s more about PR than it is about me actually making a purchase.

We are going to book everything today. Either way, I am SO EXCITED!