Marvel Universe Live! is everything you could wish for in a live show that’s great for kids but entertaining for adults. I had the pleasure of catching a showing in Philadelphia over the weekend and it was epic. Think insane action, dazzling lights, gravity-defying stunts and a script that’s simple enough for the kids to follow with all the things you love about Marvel.

There was Captain America, Spiderman, The Hulk and more, battling the evil forces for the safety of the earth. It can best be described as watching a movie performed live, without multiple takes or mistakes. 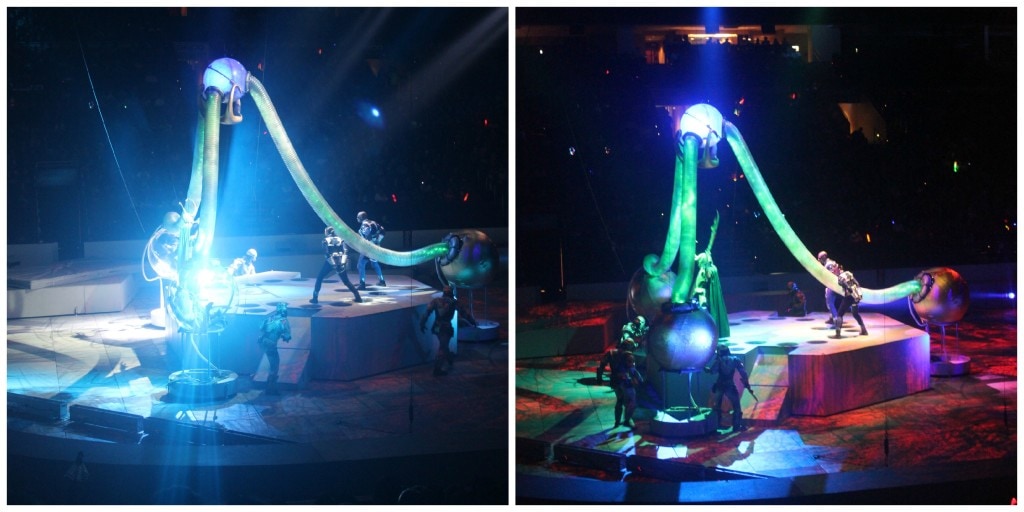 I’ve seen many a Broadway play and I would say that Marvel Universe Live! was on par in terms of set design, costumes and stunts. From the beginning to the end, everything was a treat. We started the show by wearing a wristband that coincided with the actions on stage.

When Ironman was losing his power, it flashed.If you looked out into the audience, you could see thousands of bright blue flashing lights through the venue. It was a creative way for kids to feel a part of a magnificent performance. 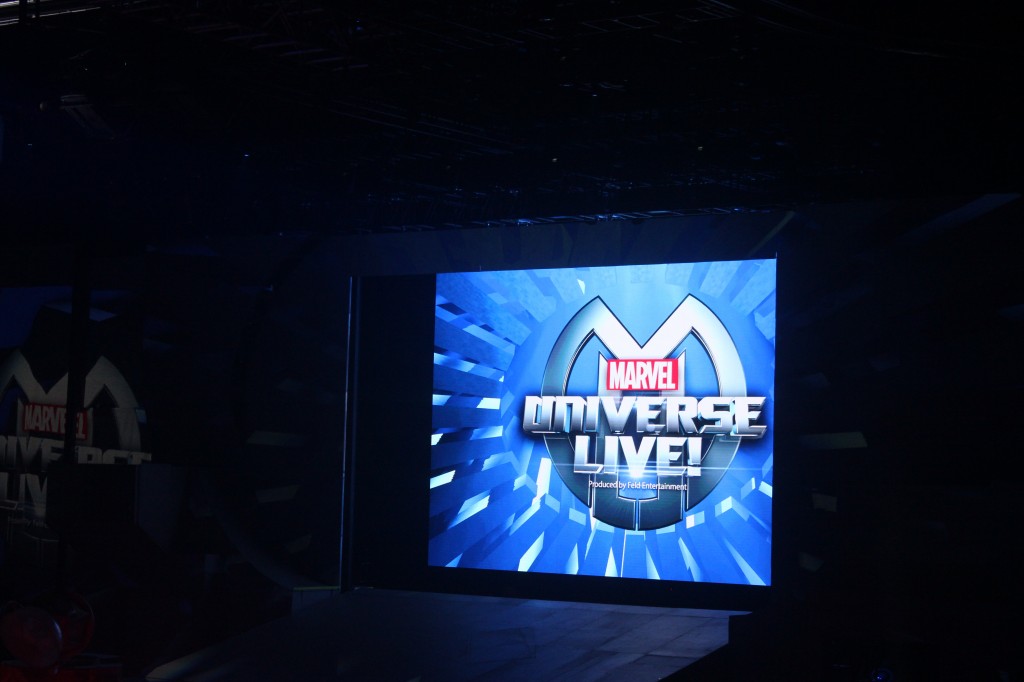 I won’t spoil the storyline for you but it was your classic superhero story. All of your favorite superheroes are together in one place with one common goal: to defeat evil. What was so epic was the fact that they managed to convey the entire story seamlessly on different parts of the stage.

They were masters at directing the audience’s attention. They would dim the lights on one area of the stage and create a scene in another area, giving them time to completely set up props without interrupting the show in any way. 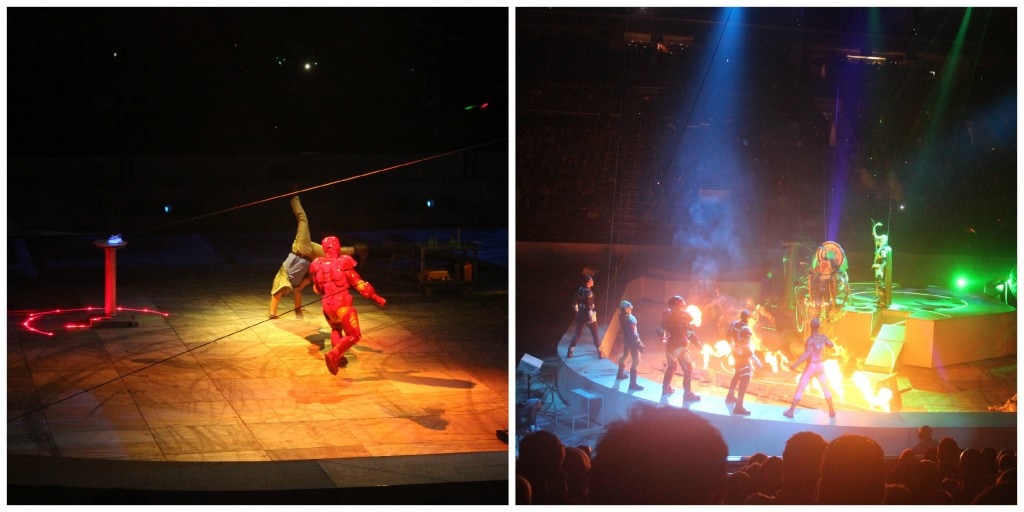 The lighting set-up was the size of a basketball court. I had fun watching Spiderman get hoisted into the air and have a dark cloak draped over him to detract attention while he exited the stage. The actors did a variety of breathtaking stunts. Spiderman, of course, was often suspended upside down. He delighted the audience by swinging over them.

The Hulk was obviously a biking pro. He used many ramps as he biked from scene to scene. The fighting scenes were also epic. Although all done with no harm to the actors, I was amazed at how perfectly in sync the sound effects of each punch was, even when there were multiple fights going on.

There was even the use of fire, which made for a delightful visual experience. The lighting show created the scene for every sequence. Seeing as the superheroes were sent to various corners of the earth, this was quite a feat. It literally made the audience feel like we were zipping through the air with the superheroes.

One of the fight scenes was located on the top of the Statue of Liberty. They managed to recreate the top of it in the middle of the stage with fabric and other materials. 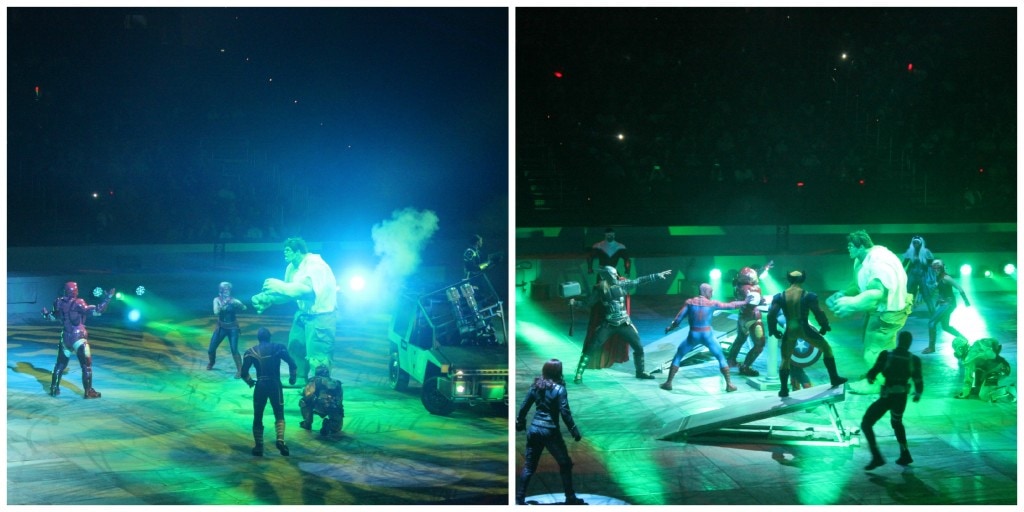 I can go on and on about the details of the show because that struck me the most. I couldn’t wrap my mind around how all the details in the lighting, stunts, acting and more worked together perfectly. It takes an incredible cast of background staff of people to pull off this feat.

To bring an action show that is usually filmed with multiple takes and lots of stunt accommodations to a live production is a mind-blowing feat that was accomplished seamlessly. Not only that, this production runs for 2 years in the UK, Canada and the US! It’s even stopping in Brooklyn. 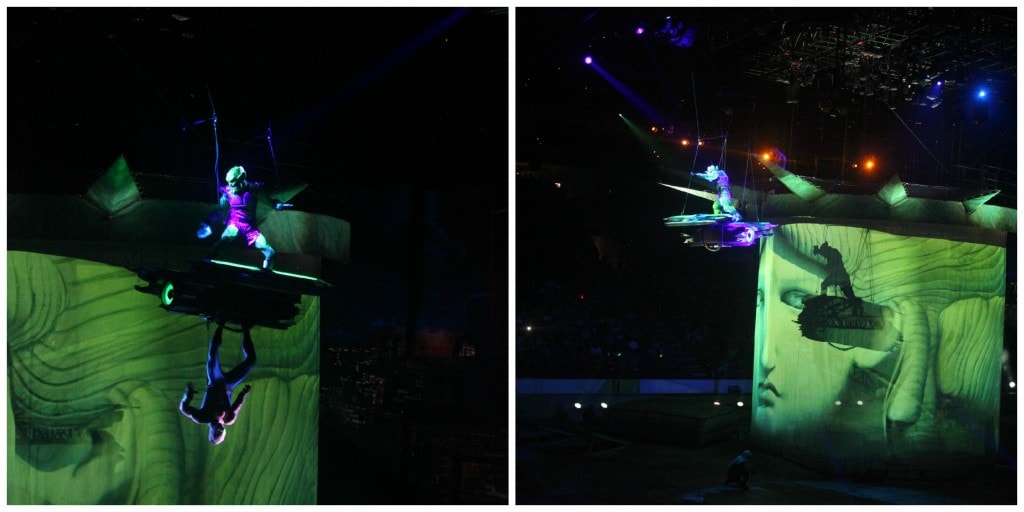 Tickets to the show were complimentary.