Never be afraid to fail, that’s my motto. The only failure is never trying. Do you feel like your daughter is avoiding trying new things because she’s afraid to fail? Does she, like 50% of girls at puberty*, feel paralyzed by a fear of failure? Well, welcome to the club. In today’s day and age, girls are being judged 24 hours a day. And I don’t mean that in an abstract sort of way. I mean that quite literally. Girls – thanks to the Internet and social media in general – are living in a day and age where they have to face judgment from morning to night. In fact, ¾ of girls believe that social media is making their fear of failure worse. I couldn’t imagine such pressure as a tween. When I was a tween, “never be afraid to fail” was far easier to live by. I went home from school and I stepped into my little bubble which consisted of family members who simply adored me and fawned over me. I am sad to say that my children are perpetually connected and do not get to experience the same thing as I once did.

So, what does all that judgment do to a girls’ psyche? It limits her. It prevents her from taking chances. It keeps her thinking small. This dangerous pattern is something that we moms need to help break. Even though it can feel scary for girls in the moment, moms know that failure is an important part of the learning process. By persevering through a setback or disappointment, your daughter can build her confidence and learn all kinds of positive things.

That’s why Always #LikeAGirl wants to help girls feel like they have permission to fail by showing them that failing is okay, that it is a necessary fuel to learn, grow and ultimately build confidence, and that they should never be afraid to fail. Their ultimate mission is to help girls stay confident at puberty and that’s something all moms can get behind. Today, I am asking you to get out there and encourage your daughters to see that failing is part of learning! 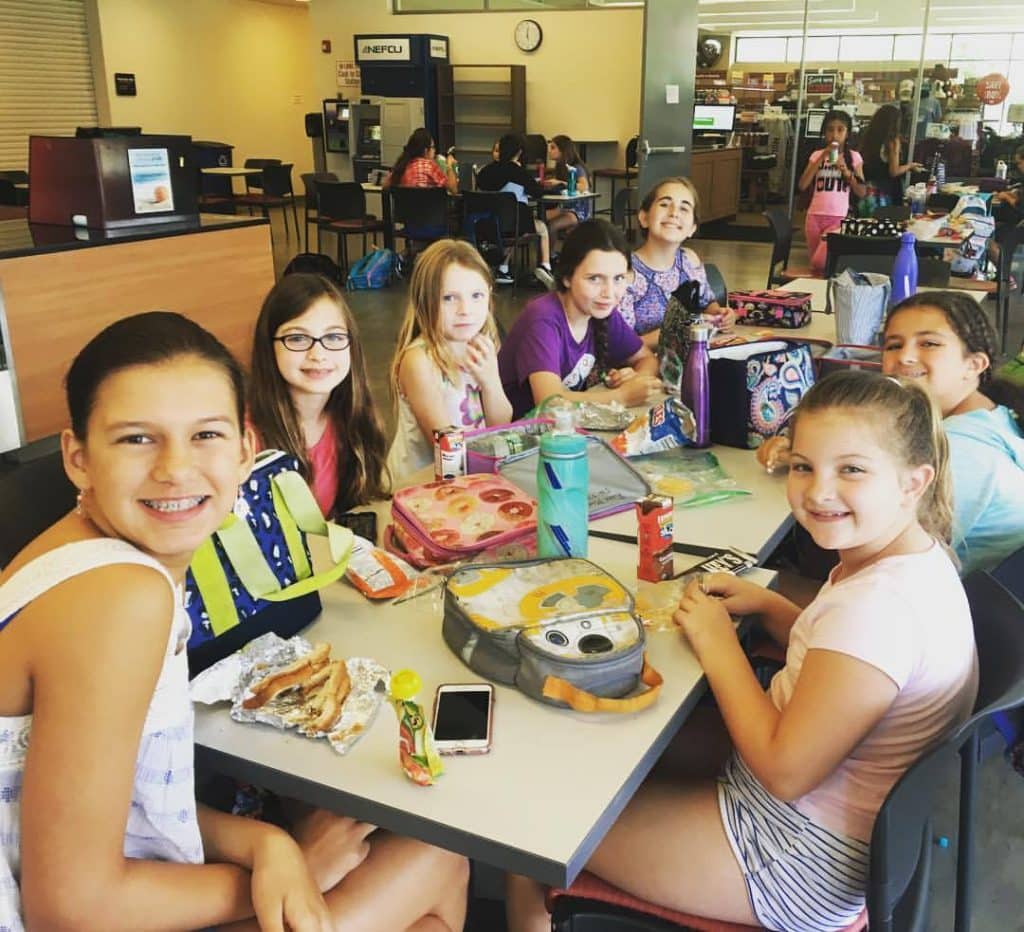 8 in 10 girls say societal pressure to be perfect drives their fear of failure and leads many to play it safe. I see this when looking at my daughter, Natalie. A perfect example actually JUST happened this summer. She is participating in a singing and a dancing camp with several of her friends and during the tryouts, she was one of the few that got a call-back to try out for the harder level of commitment. 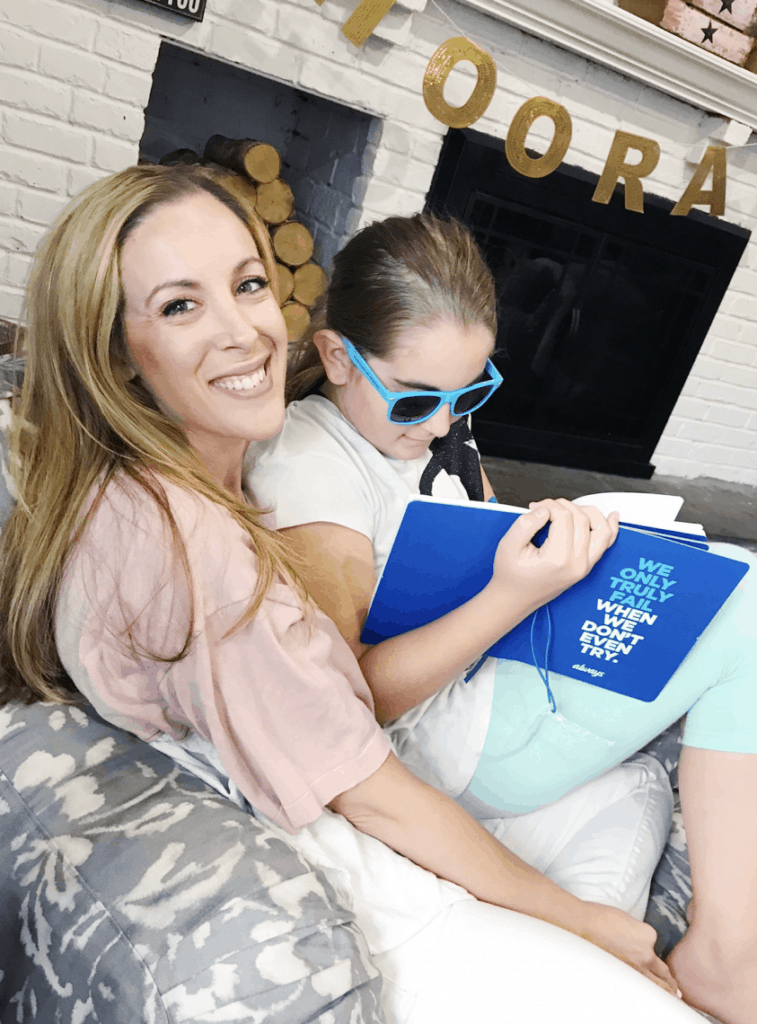 When I asked my daughter how she did during the second audition, she told me that she messed up on purpose. I was completely shocked! I asked her why she would do such a thing, and her answer made me quite sad. She told me that she didn’t think she had it in her to compete with the talent that was in the second level. She rather just “play it safe” with her original crew. So, instead of “giving it her all”, she purposely cracked her voice and phoned in the audition.

I had a huge sit down with her that night telling her that it is always important to do her best – to never be afraid to fail – even if her best meant a harder summer. Sure, the lessons and the dance numbers would have been more intense, but if the teachers thought she could handle it, then she could. This was truly an eye opener for me – my daughter is 12. We are beginning the stage where everything matters. She didn’t want to fail in front of her friends by opting for harder material. Instead, she just wanted to take the easy route and stay on the safer path.

Teaching Our Girls to Never be Afraid to Fail

Moving forward, I think she will actively push herself to do more in this camp. We have a few more weeks with the team and I can only hope that Natalie takes our conversation to heart. She understands that backing down from the challenge limited her, and actually she came up with the thought to try to ask for a solo in this year’s performance to try to make up for it. Hopefully, they will let her audition for that special number and somehow squeeze it into the presentation. That would be simply wonderful! We have our fingers crossed. I’m happy she’s putting in the initiative at least and wants to show the world that she is ready to take on something a bit harder than what she was originally given at the start of the program. 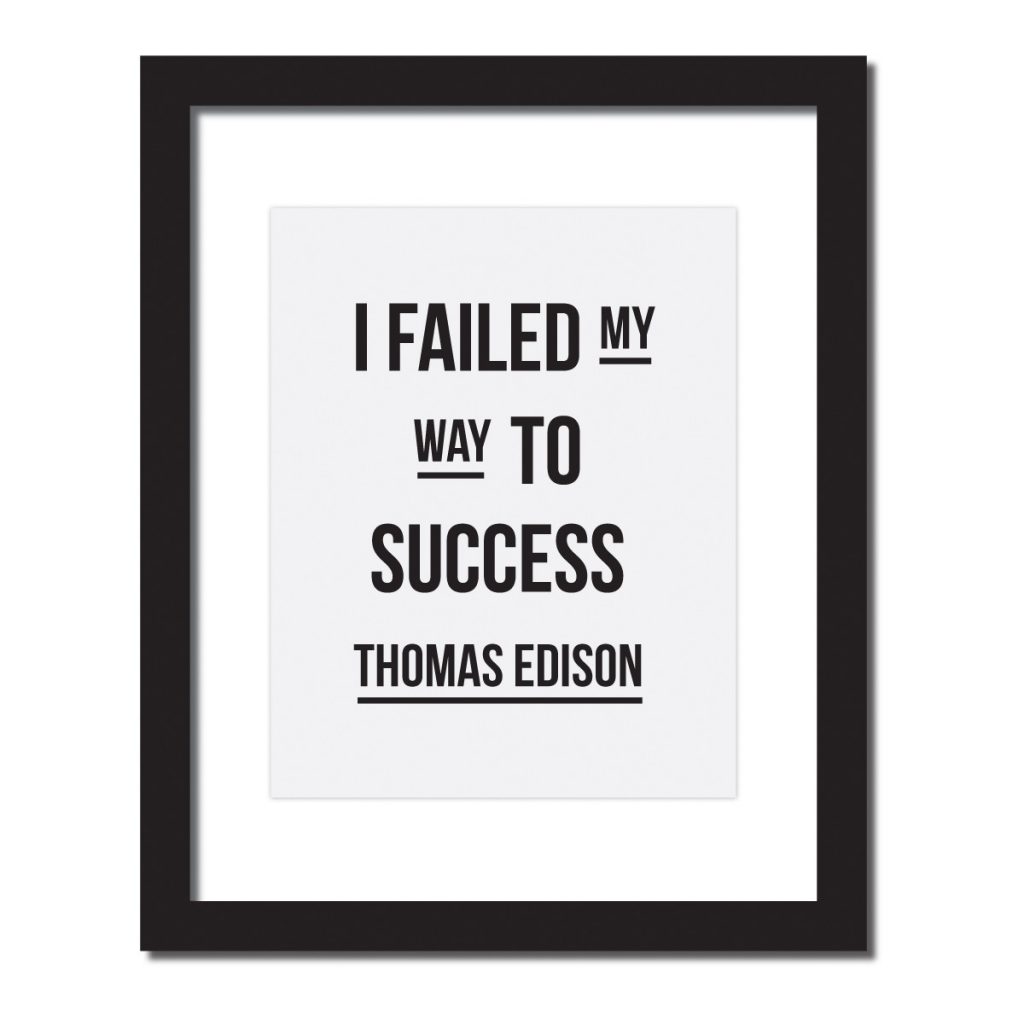 My daughter knows that I occasionally work on TV for brands. She sees me practice for my segments at home and even gets a kick out of me pretending to receive questions from pretend morning show hosts. I like to rehearse pretty intensively the night before – thinking of several different scenarios to prepare for anything. Well, during one live segment on a top national morning talk show, the host kept talking about one particular product I brought on in detail which was eating up too much of my allotted 4-minute segment. I did what I could to reclaim the majority of my clip back. However, we were unable to get through all the products I brought on stage with us because of her personal fixation with one of my initial display items. It wasn’t my fault the segment didn’t go as planned, but I came home devastated that I wasn’t able to finish up the entire table as scheduled. I had a job to do and if I am being honest with you – I didn’t feel like I pulled it off. I felt like there were people counting on me to do better and I didn’t hit the nail on the head. You don’t ever want to walk away from a gig feeling empty and I walked away feeling just that. Defeated.

Natalie tried to console me and my worries about how the segment would be viewed by my brand partner. Instead of giving in, I told her that it was important to learn from everything that happens to you. We can never change the past, but we can learn from it! Moving forward, the only thing I could do at that point was head in better prepared next time. I didn’t expect the host to not have a concern for my allotted time. I personally thought she would feel the same sense of urgency that I did. It was a huge lesson learned. The next time I went on set, I was ready to keep the party moving! It was bite-sized information and then let’s keep moving down the table!!! It worked. I didn’t let the segment get away from me again. Everything happens for a reason and I am a better TV contributor because of that experience. 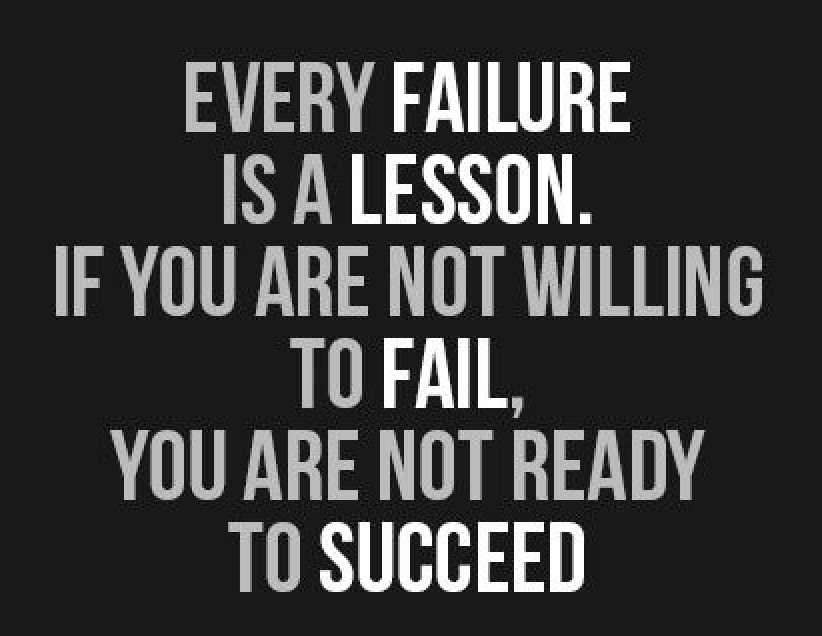 I try to instill this same belief into my daughter. If she fails, she must take a lesson from that experience and grow from it. That is the most important part of the journey! 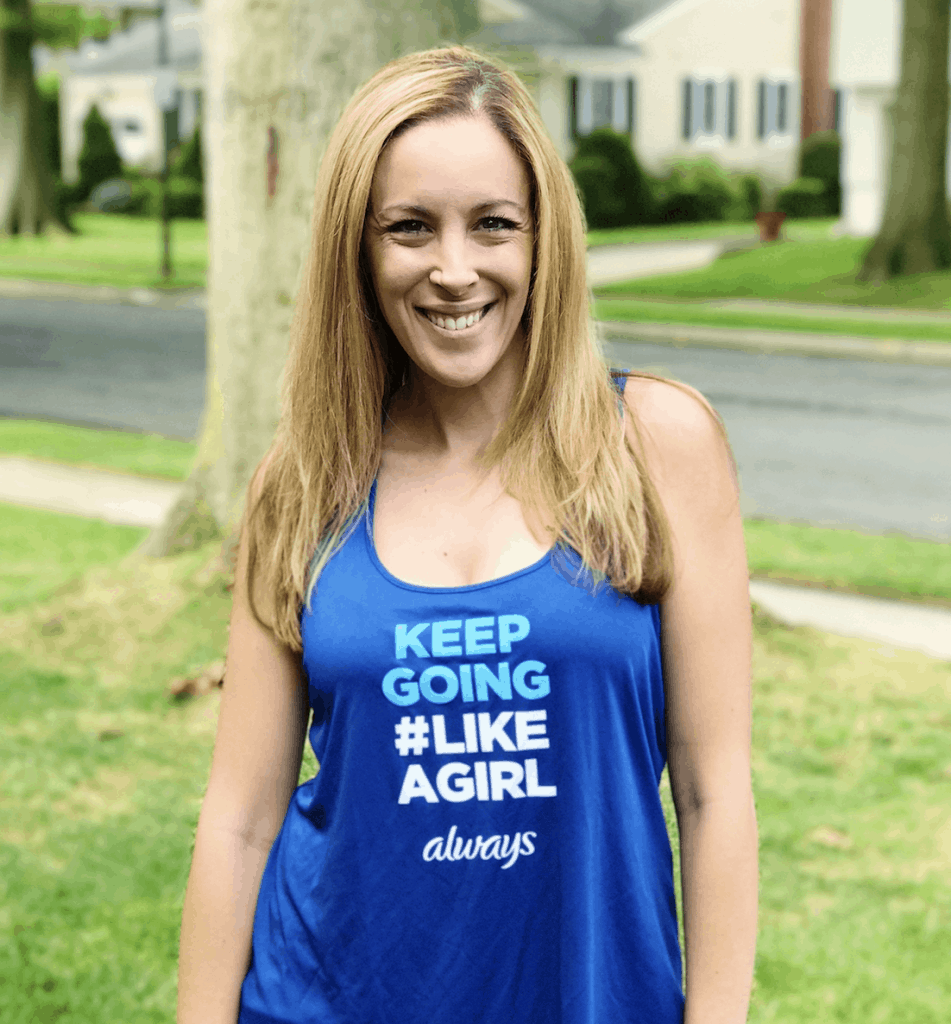 Think about it. There are so many women who are beyond successful but started out on a bumpy path: 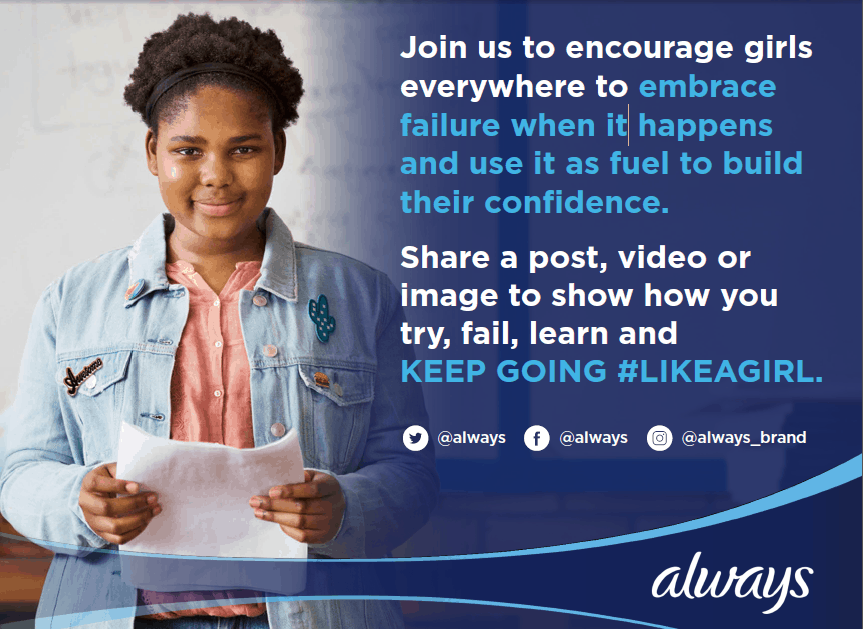 50% of girls feel paralyzed by fear of failing during puberty. Always wants to show girls that failure is ok and is – in fact- necessary fuel to learn, grow and ultimately build confidence. How will you encourage your daughters to never be afraid to fail? Join me in sharing what you learned from failure using Keep Going #LikeAGirl in social media.

Mother daughter relationships are a staple in adolescence. So many families lack that these days.

I love this post. Although my daughter is an adult now, she did have her share of failures. Her first job did not work out very well for her and she was always coming home in tears. That was the fuel that turned my sweet little daughter into a fighter in the corporate world. She found another job, gave everything she had and dedicated herself to improving her craft. She is now an assistant manager in an international banking institution, and she seems like she is heading towards better and brighter opportunities.

We should never give this impression that they should win at everything and be perfect. Our daughters will encounter a lot in their lifetime and we should definitely teach them that failure will not make you any less of the person you are.

It's a wonderful message, not just for the girls but for all the kids. We shouldn't be afraid to fail, it teaches us lessons that we can use throughout life. I love honest posts like this. Such a positive message for the younger generation.

Aww, it's sad that she felt the need to throw her audition. I think she'll definitely give it her all next time! Failures definitely help us learn.