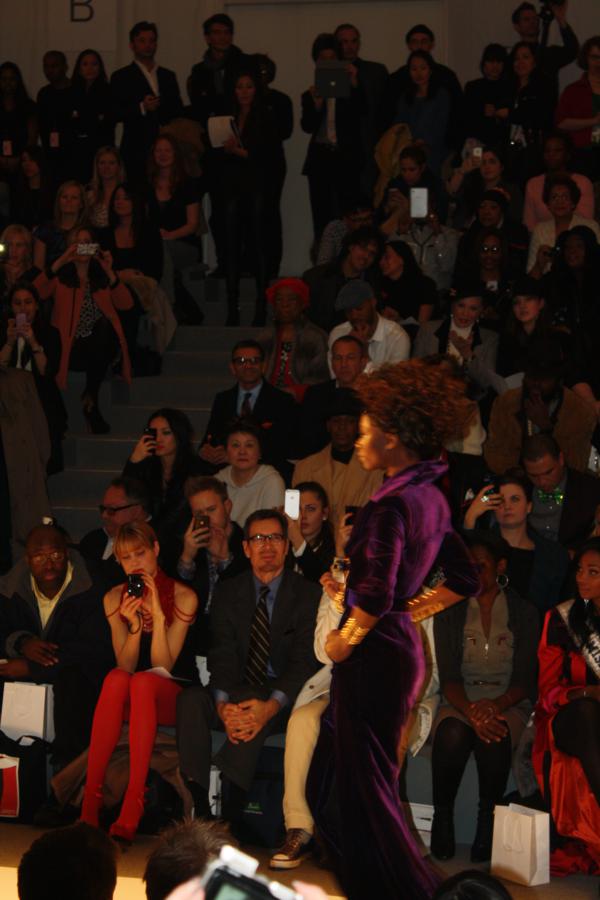 I’ve noticed Zang Toi’s love of purple for a few seasons now and was a bit surprised when his show started off with liberal doses of camel and grey. The clothes were very Mad Men, without the fuller curves. 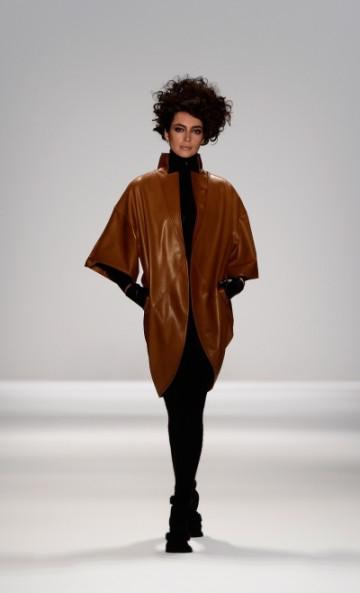 Think form-fitting business suits with a flair for the dramatic. I thought he was really flexing his designing muscles. Fur lined jackets were thrown over the ensembles, for those chillier days. 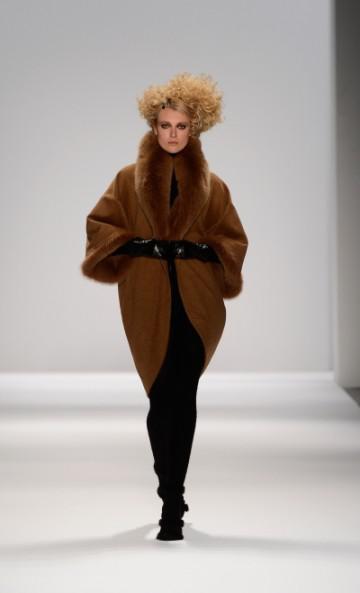 Then, the first emerald green evening gown hit the runway and the audience breathed a sign of relief we didn’t even know we were holding. This is the Zang Toi we know! Colorful and dramatic. Excessive and elaborate. As applause rippled through the audience, the model glided down the runway in a green fishtail dress, with a high-low hem, layered with black stones. A little jacket completed the look. 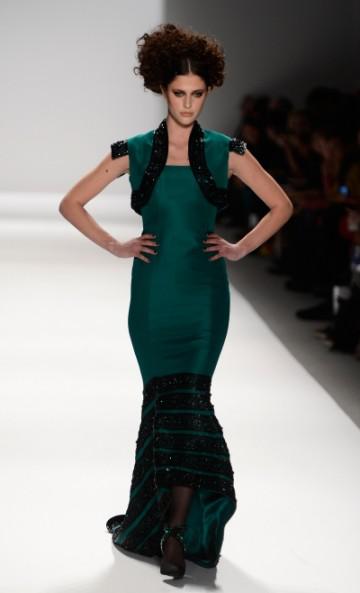 And then the purple came, in the form of a floor-length velvet coat dress with liberal cleavage, hidden by chunky gold accessories. A definite winner was a black velvet floor-length gown with elaborate designs in gold on the front and back of the accompanying cape. Ornate? Yes. Zang Toi? Most definitely. 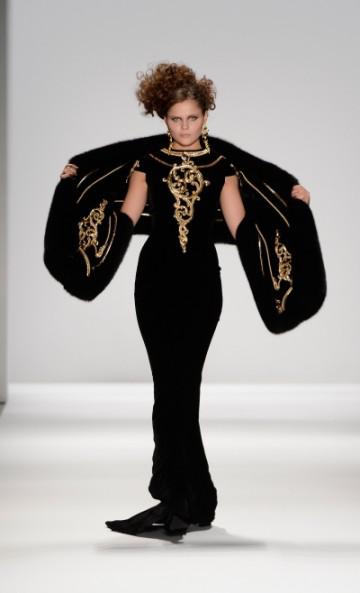 Zang Toi’s Fall 2013 Collection showed a bit of what is surely both sides of his personality. He showed the wearable looks for us normal folk then took it up a couple notches for his red-carpet clients. Most importantly, he didn’t disappoint. 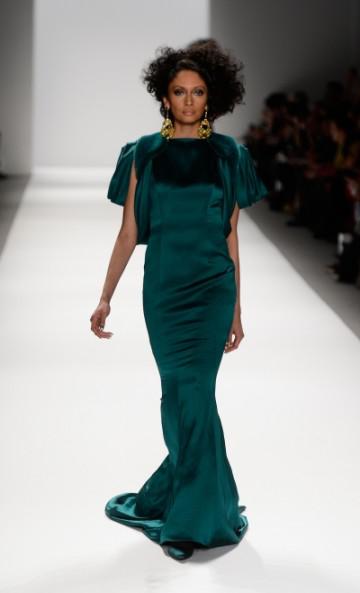