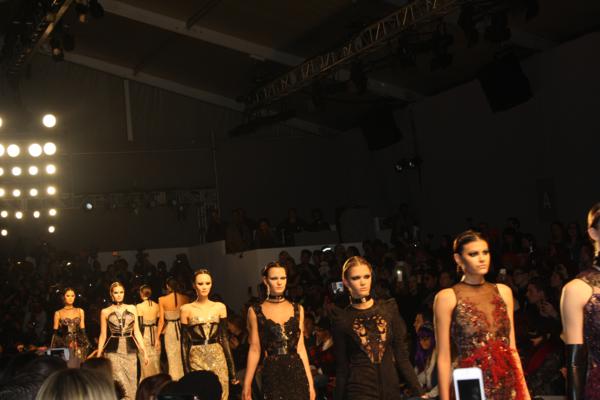 I’ve been covering New York Fashion Week for a few years. There are always those shows that are drop-dead amazing and those that are just blah. Never have I gasped with awe at the first model’s walk until I saw the Falguni & Shane Peacock Fall 2013 show. The most apt word to describe the collection is STRONG. Every look was powerful. The fabrics were elegant and exotic. The dresses were ripe with edginess and beauty. Done to the backdrop of classical violin music, this show is hands-down the best I have seen all season. 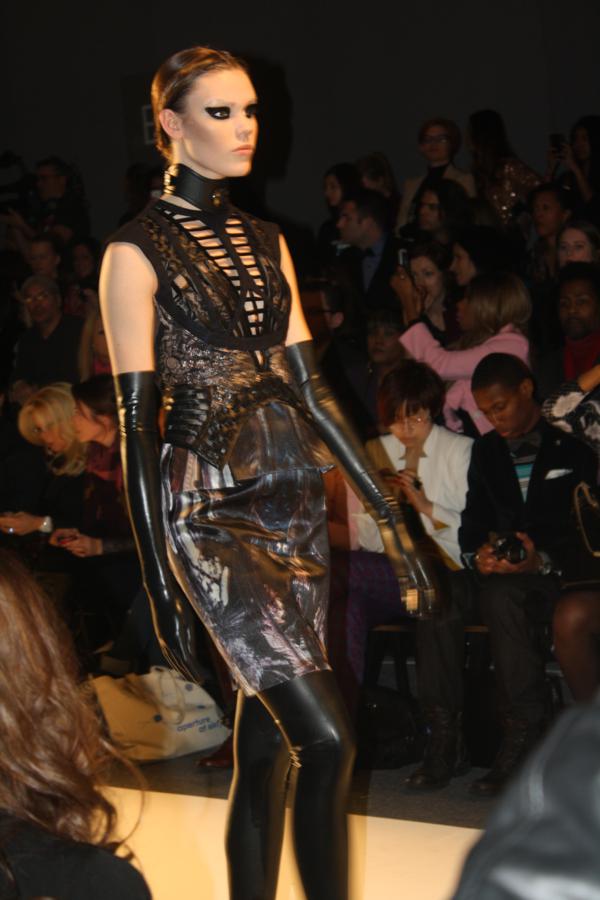 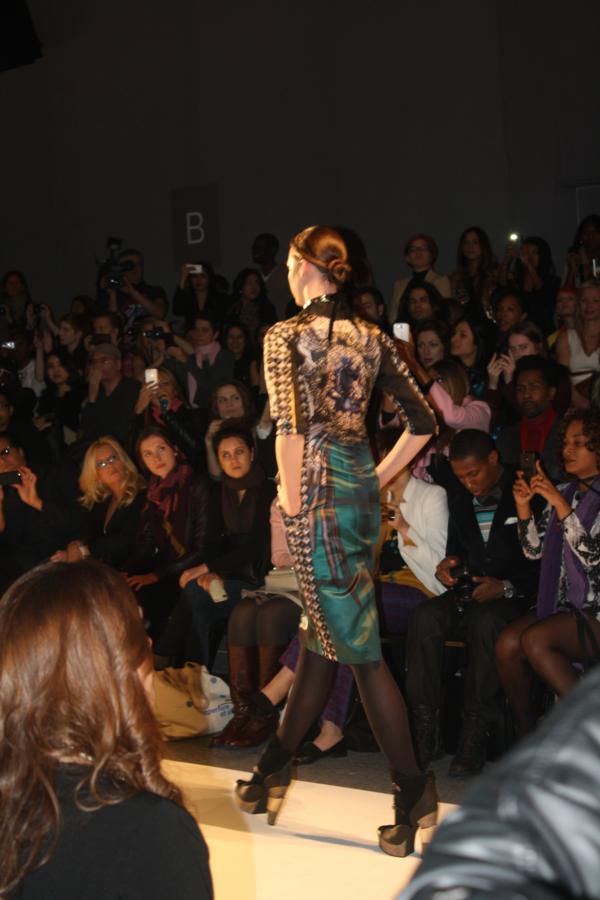 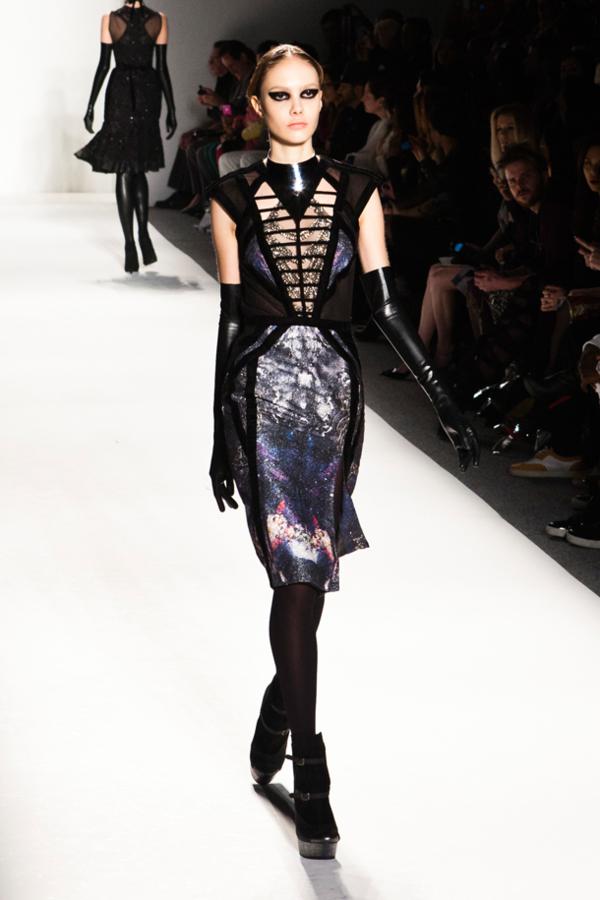 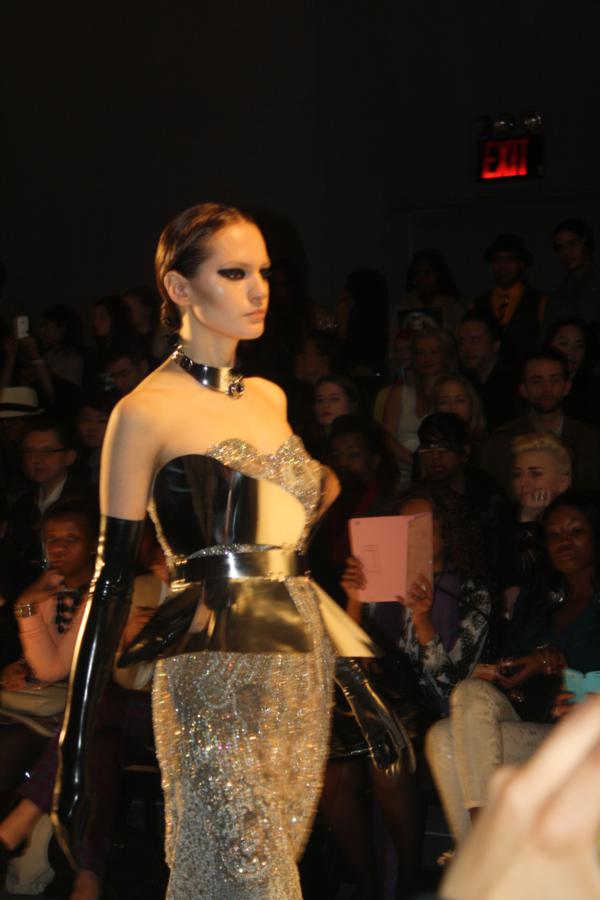 Accessories included what can be loosely described as belts. Huge metal plates were tied around the waist, mimicking the shape of a tiny waist with exaggerated hips. Coffee shop wearable? Not quite but who cares anyway? The surprising thing is that, without the metal plating, these clothes are actually super wearable to a dinner out or a red-carpet event. Prints were paired together in that way that only an astute designer can. Most of the looks were paired with black stockings and equally cagey shoes, to complete the look. 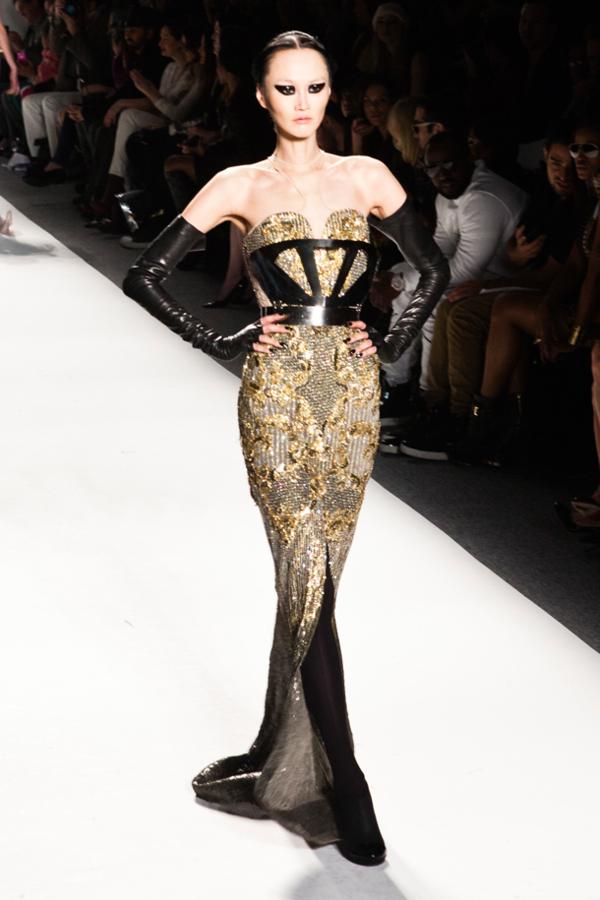 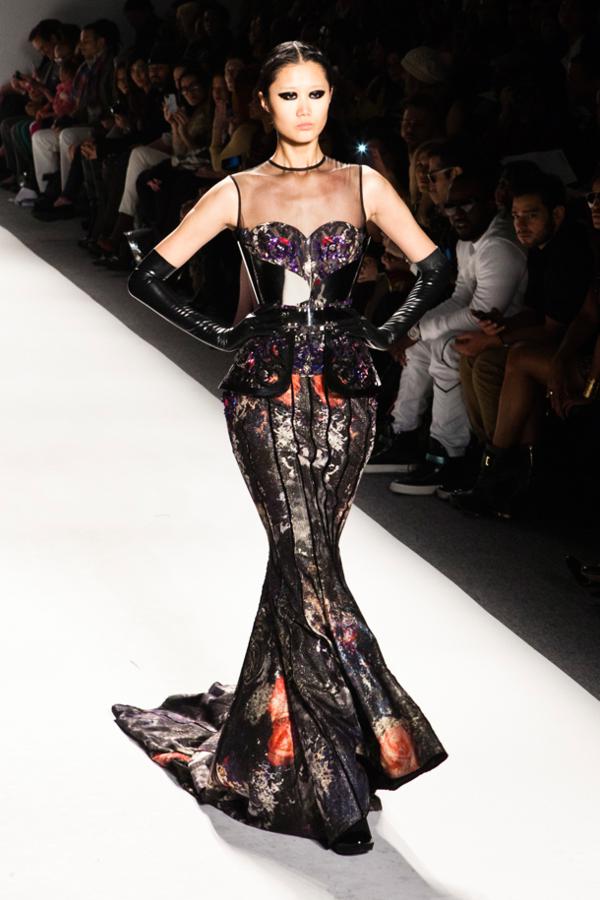 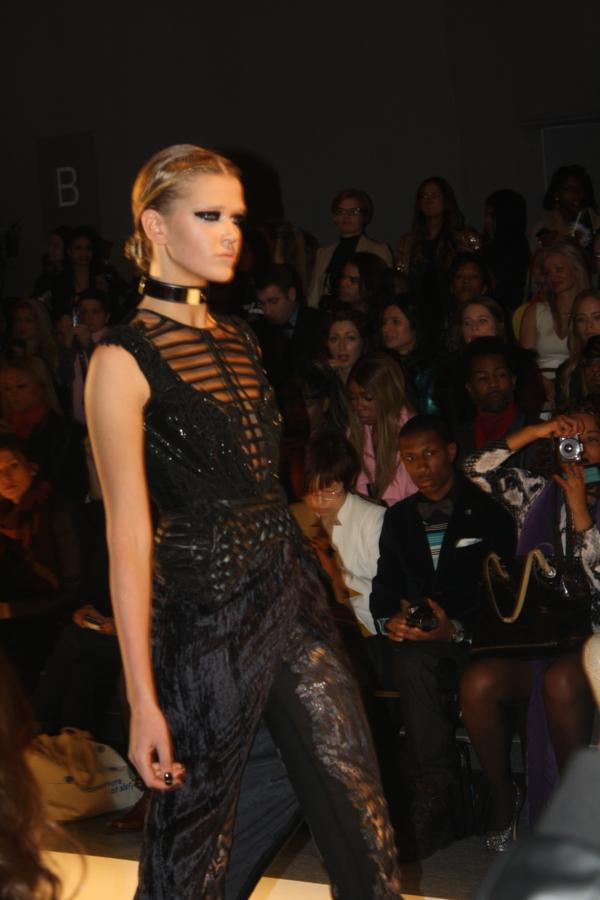 Falguni & Shane Peacock Fall 2013 is sure to produce some looks for the likes of Lady Gaga and Rihanna. Don’t be surprised though if you spy your local socialite in a toned down version. Evoking the mood of a disturbing nightmare that pulls you in, these clothes are rich with a dark personality and aura. 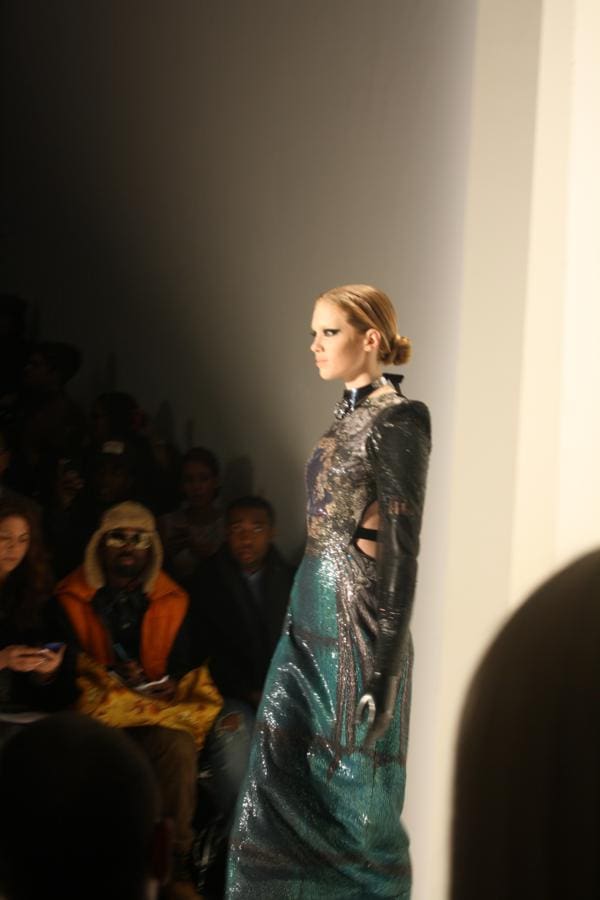 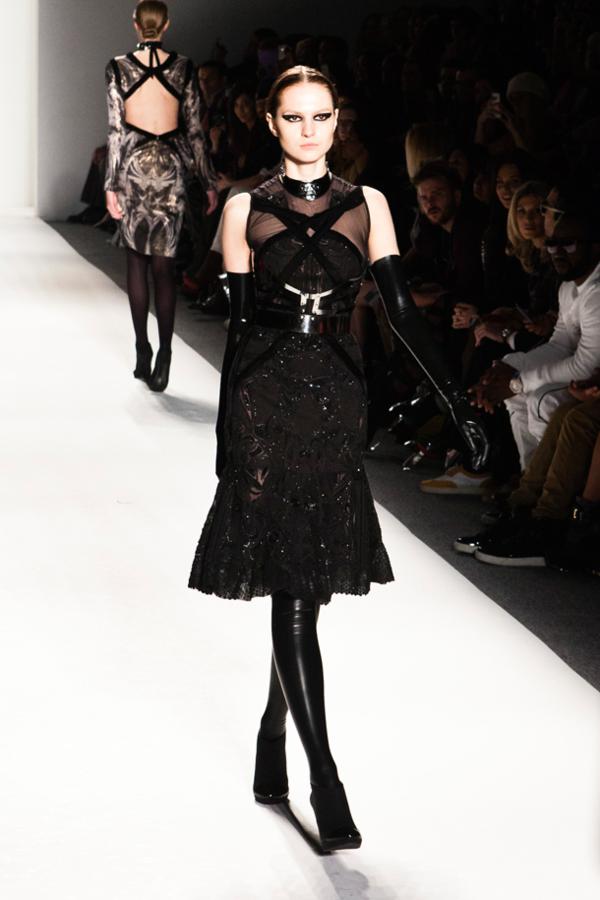 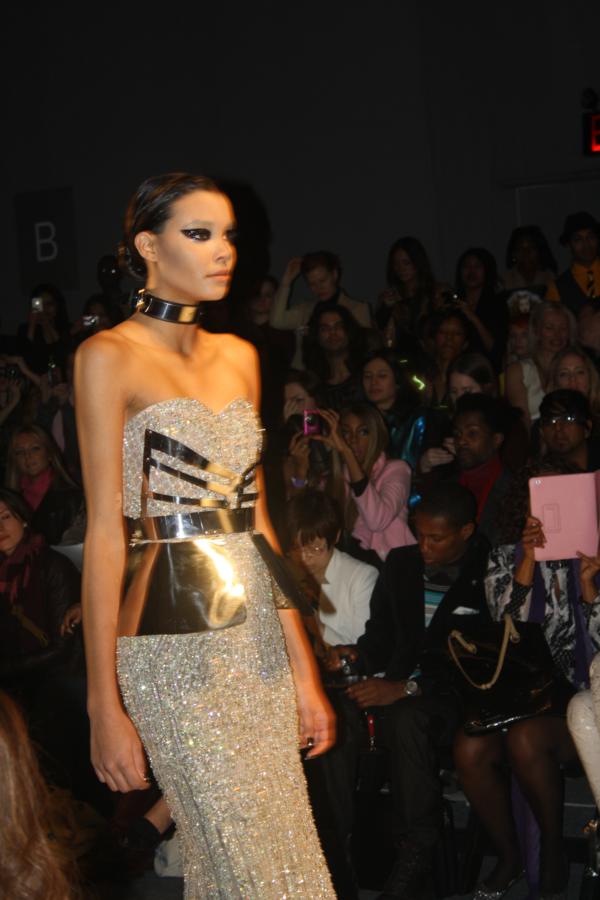