For Dress Reform’s Spring 2011 collection, the focus was on androgynous clothes that can be made to flatter both genders. Designer, Krystal Hoffacker, a Brooklyn native, wanted to focus on the natural beauty of the fabrics, which were all made from natural materials. The Dress Reform show was a part of the GreenShows, which focused on eco-fashion. The GreenShows’ belief is that fashion can be conscientious and responsible to mankind and the environment but still uber cute. 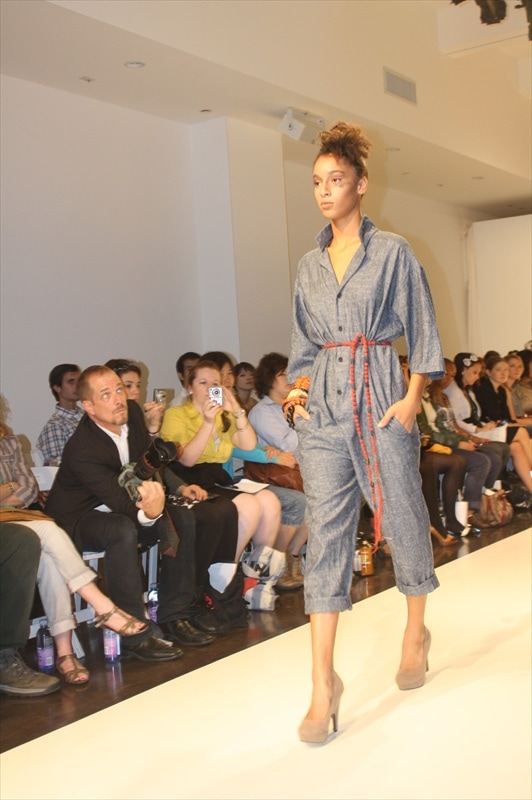 The Dress Reform collection included many items in the boxy silhouette. Shifts fell above the knee and would be great for hiding unwanted bulges. Adorned with an elaborate African-inspired necklace, this can also be worn as a shirt with skinny pants. The LBD (little black dress) was not to be forgotten. This, too, was easy on the figure and modest in that the hem was below the knee. The model wore a groovy head wrap. One of my favorite items was a denim jumper with a red and black beaded belt. I liked how comfortable it looked to wear.

The collection was a cohesive mix of basic pieces that one can easily throw on. Everyone needs straight-forward pieces in their closet and Dress Reform provides them aplenty. To see more designs, go to www.dressreform.com. 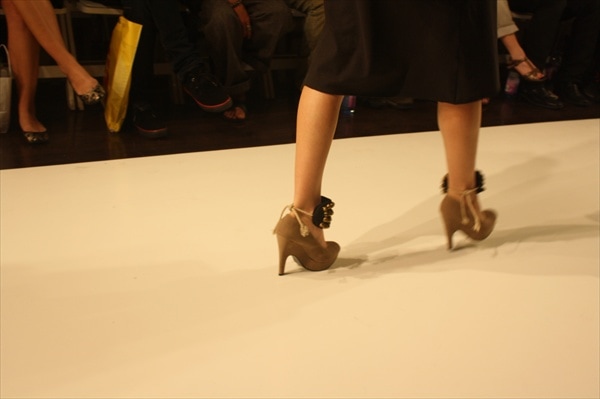 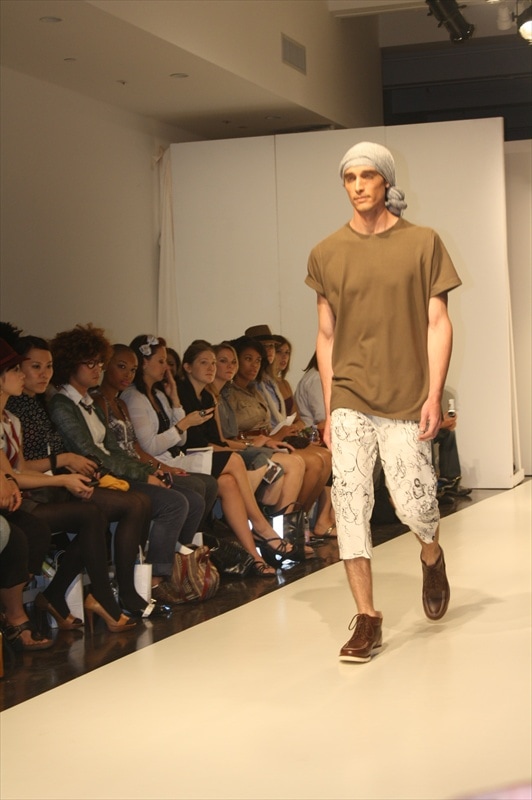 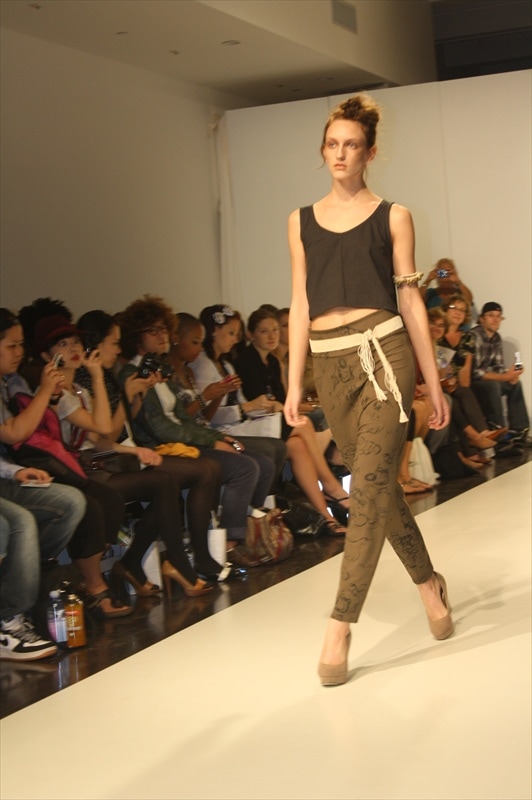 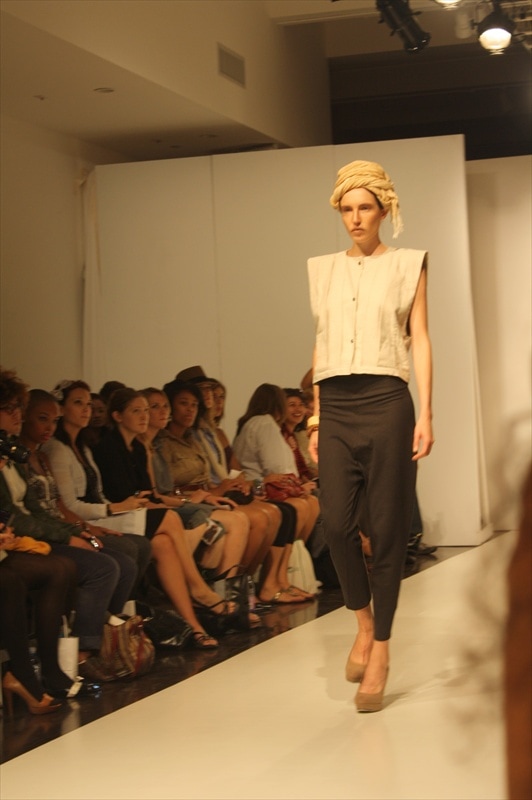 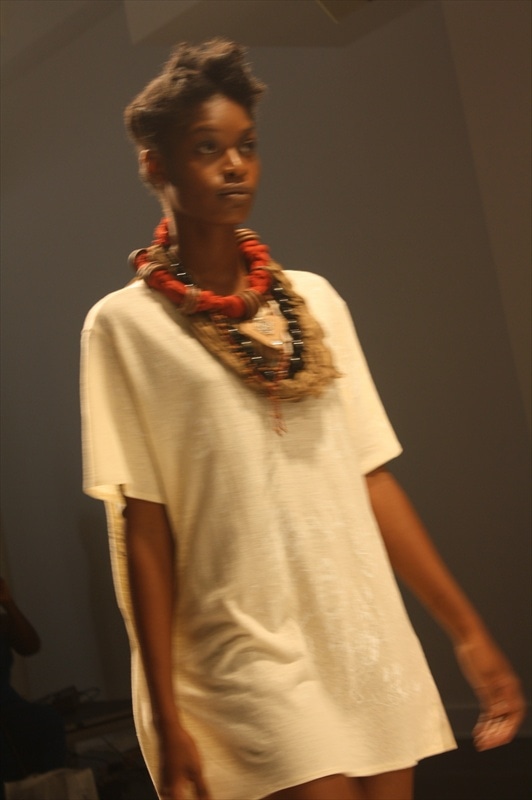 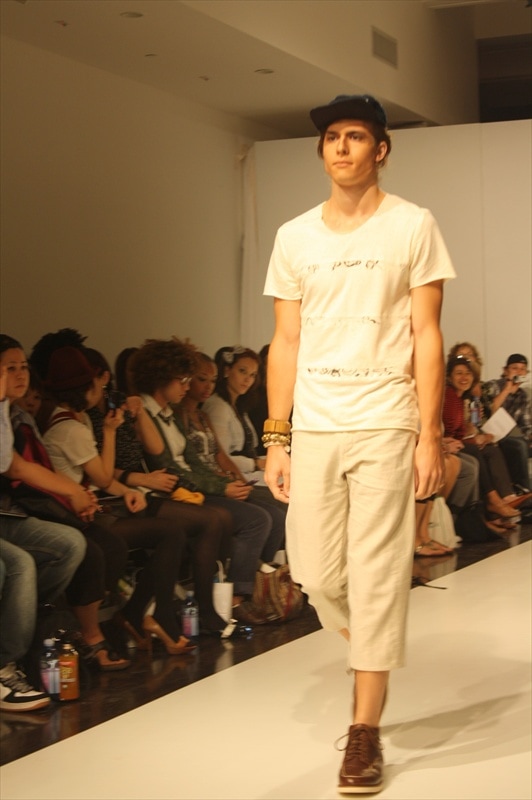