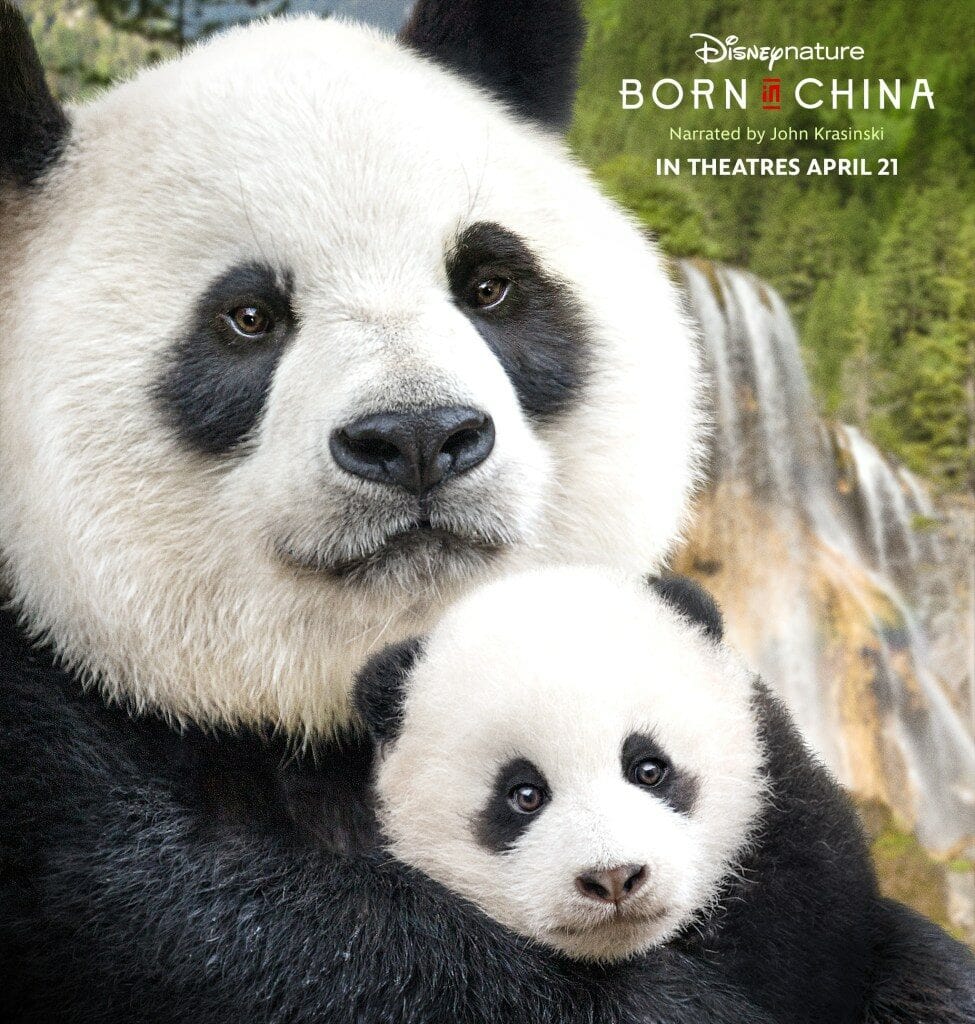 Disneynature’s Born in China movie hits theaters on April 21st but I had the opportunity to screen this movie TWICE already and it is such a showstopper. The film crew takes you on a journey that no other human has ever walked – t0 the peaks of some of the most extreme environments on Earth. Through this journey, we get to witness families of animals simply exist – without any human intervention.

EVEN THOUGH AT TIMES YOU’LL WISH THAT SOMEONE WOULD JUST INTERVENE. PLEASE, SOMEONE WON’T YOU INTERVENE?

But nature works best when left alone, right? This is a real fact of life. It wouldn’t be an honest story if they contrived a beginning, middle, and end.

I won’t give you any spoilers but I will tell you a little bit about three of my favorite families that I met while watching Born in China.

Before I do – please take note! Moviegoers who see Disneynature’s new True Life Adventure film “Born in China” during its opening week (April 21-27, 2017) will benefit the World Wildlife Fund (WWF). Based on opening-week attendance, Disneynature, via the Disney Worldwide Conservation Fund, will make a contribution to the WWF to help protect wild pandas and snow leopards in China.

So, if you can, really try to get out that opening weekend. 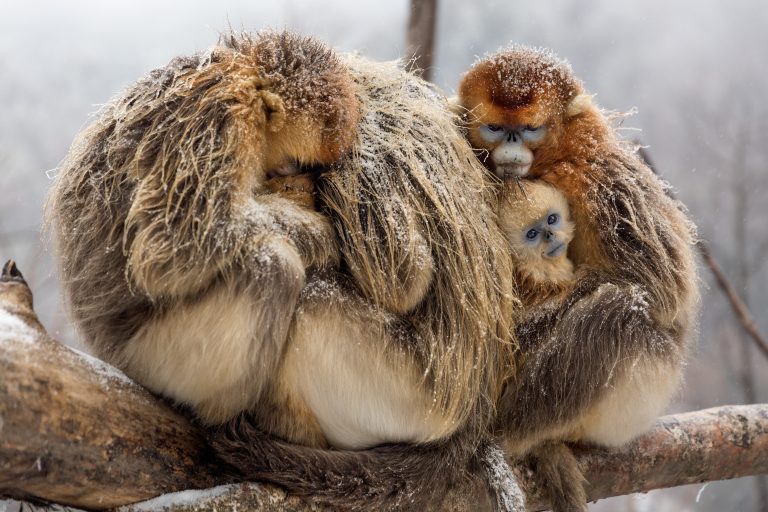 First up, we have the Snub Nosed Golden Monkey family. You will learn a little bit about the dynamics of this group and feel sorry for their young males. As a mom of two young boys, I was about ready to hop on a plane. I wanted to grab some to take home and adopt! Especially when you see them freezing in the snow – OH MY WORD! But nature can be rough and places have to be earned in the wild kingdom. Humans are soft -make no mistake about that. IF what happened to the golden monkey boys happened in our world, there would be lawsuits/protests/media outrage! But these poor things… they just fend for themselves and hope for the best. Maybe there’s a life lesson there?

I learned it- it’s to spoil my kids rotten. 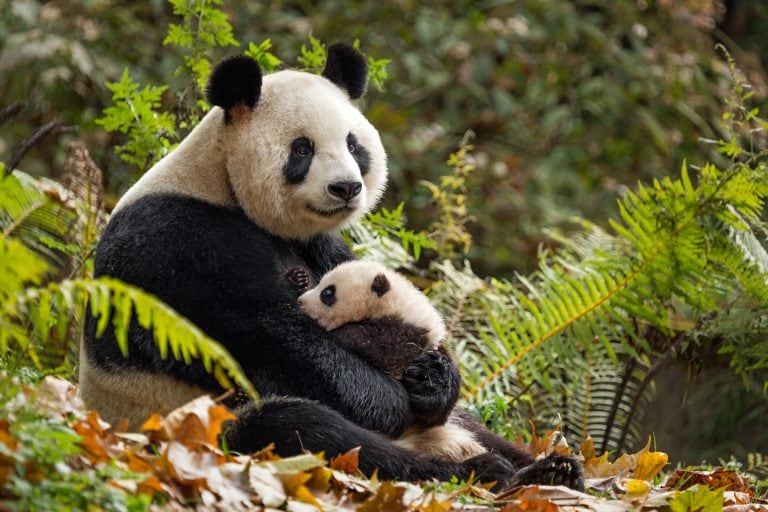 Then you meet a panda and her baby. This particular panda is my soul sister because her entire storyline revolved around the fact that she was holding onto her baby for as long as she could. Have you met Caleb? I am THIS panda. I was sobbing in the theatre. SOBBING.

There is a part in the movie (I’m not spoiling anything, I promise) where the mother panda would pull the baby off the tree to prevent her from learning how to climb. Um… I DID THAT WITH CALEB! When he started to learn how to walk, I LITERALLY plopped him right back down on the floor because I wasn’t ready for all of that. When she pulled her back I just shed myself – right there – in the theatre. I understood that darn animal. We are all mothers, after all. 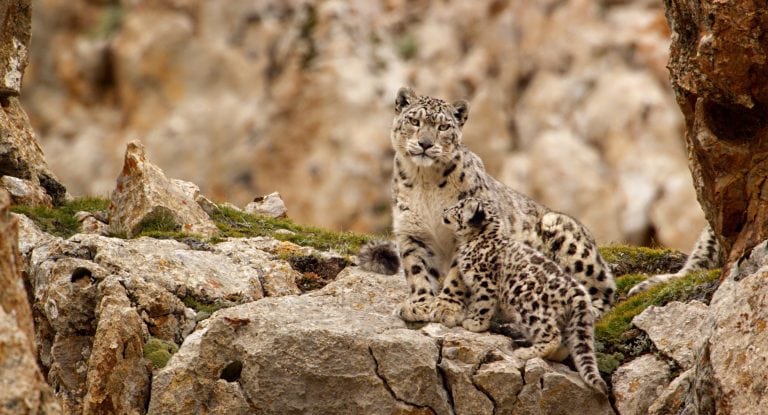 And please for the love of God, don’t get me started on this family. The snow leopard – I will leave this section up to you. But I want you to look out for one scene. There is a moment where the mother is sitting on some rocks. Her children are climbing all over her and biting her ears. And she is unphased, unamused, unmoved. It made me cry as well.

We are their rocks, aren’t we? I’m crying. UGH. I have been in that position a thousand times. My children wrestling ON me and trying to get to one another and me not phased at all by what is going on because I am just part of them. They can climb all around me, sleep on me, play with my hair – do whatever they’d like because I am here for their disposal. When she sat there and let those children do whatever they wanted, AGAIN, I saw myself in her and it made me cry.

When you stop and sit and watch closely – you can truly see that all families are the same. No matter their shape or size.

Official Synopsis: Disneynature’s new True Life Adventure film “Born In China” takes an epic journey into the wilds of China where few people have ever ventured. Following the stories of three animal families, the film transports audiences to some of the most extreme environments on Earth to witness some of the most intimate moments ever captured in a nature film. A doting panda bear mother guides her growing baby as she begins to explore and seek independence. A two-year-old golden monkey who feels displaced by his new baby sister joins up with a group of free-spirited outcasts. And a mother snow leopard–an elusive animal rarely caught on camera–faces the very real drama of raising her two cubs in one of the harshest and most unforgiving environments on the planet.

Featuring stunning, never-before-seen imagery, the film navigates China’s vast terrain–from the frigid mountains to the heart of the bamboo forest–on the wings of red-crowned cranes, seamlessly tying the extraordinary tales together. 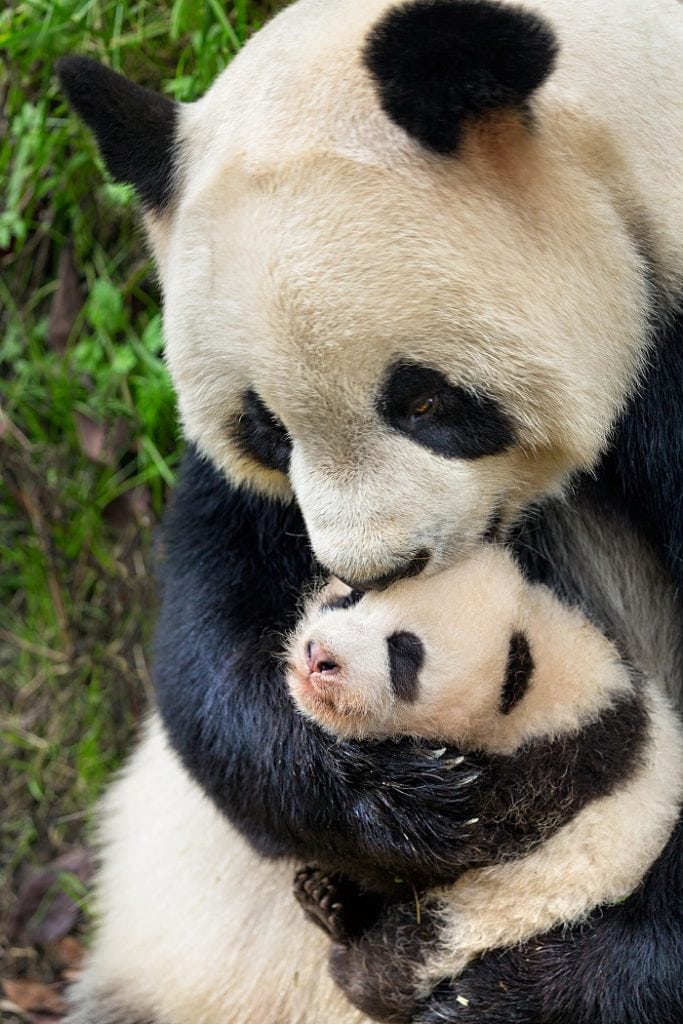 *Disney invited me to attend a screening in LA. Travel and accommodations were covered. All opinions are my own