Lady and the Blog   →  Personal Blog   →  Beach With The Kids? Never Again 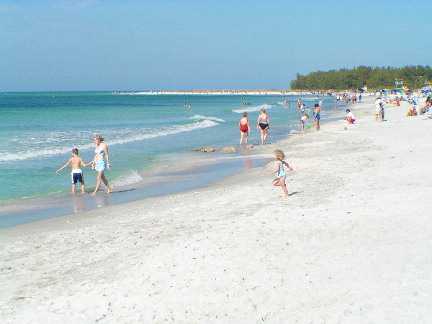 We have officially become pool people. I’ll try the beach again with the kids in 5 years or so…MAYBE.  What a cr-azy Saturday we just had!!

My mother slept over the night before and when we woke up, she suggested we go to the beach. I wasn’t planning on doing anything that day because I am going away to Michigan with Ford on Monday and wanted to use the weekend to get ready. But it was early enough and I thought… WHY NOT?

We go get some snacks and ice for the cooler and when we return my entire block is filled with cars. I said, “I wonder who is having a party?” It turns out to be my next door neighbor and I WAS INVITED AND TOTALLY FORGOT. I throw the kids in their backyard, kick my mother out of the car and get Bill to unpack the cooler and place everything in the fridge. What a disaster!!

Luckily we ended up only being 15 minutes late. THANK GOODNESS. I would have been SO UPSET if I missed that party. My kids LOVE that little boy.

So, party out of the way – we all head back in the car to go to the beach. We get there and Natalie takes her father and runs into the water. I try to get Liam to go and he has a meltdown. So, we start digging. Natalie comes back and she asks for the pail… you know… the 1 pail I brought to the beach with 2 children. Oy vey!! One fight after the other because the two kids weren’t playing next to each other which is something I didn’t anticipate. Natalie was by the water and Liam was on the sand. I won’t bore you with the rest of the whiny details, but everything bothered Liam. Sand in the eyes. Sand on his feet. Not enough wet sand. Hungry. Not hungry. We left within 2 hours.

Lesson. Learned. The pool it is. We had this same issue last year but thought it would be better now that he is almost 3. Natalie HATED the beach when she was younger too, but as she aged she got over it.

How do your young kids handle the beach? At what age did they start enjoying it?