A few months ago, Disney invited me out to LA to work on supporting the Ralph Breaks the Internet movie release. While in California, I had the opportunity to take part in several side projects – one of which was meeting Mark Henn, animator for Disney Studios and best known for creating Ariel from The Little Mermaid.

He is actually a supervising animator and has contributed to a number of films that your family knows and love. Here are just a few that I am sure you’ve heard of: 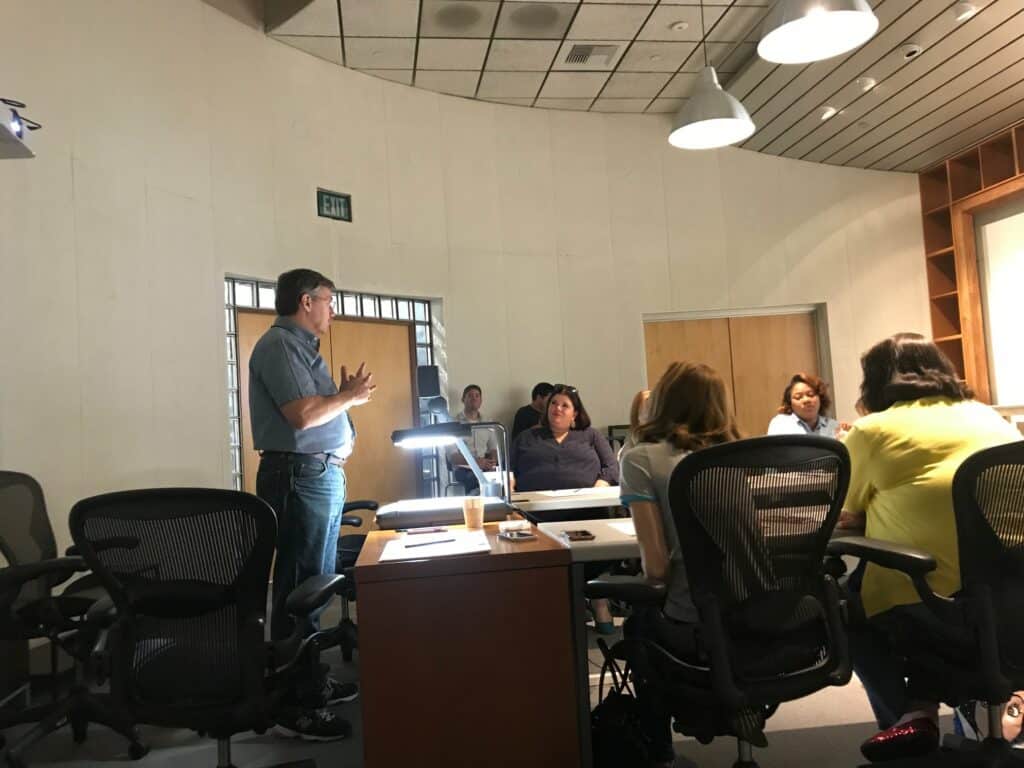 Needless to say, this man has left a mark on the Disney brand. Mark Henn is impactful on childhood. Not my childhood. Not your childhood. On everyone’s childhood. I know that is such a broad statement to make, but my goodness! From Ariel to Tiana to Simba. I think we’ve covered our bases.

Related: How to Draw The Little Mermaid 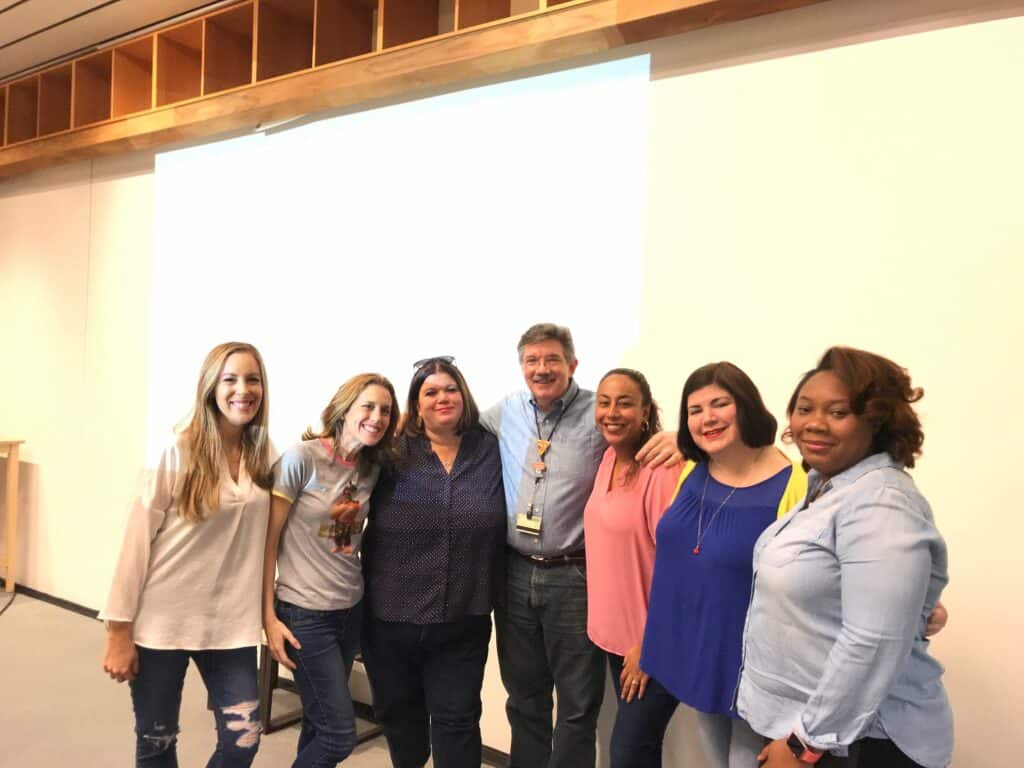 I honestly still cannot believe I had the opportunity to sit down and take a mini art class with him as we discussed all things Ariel. From a business perspective, Mark Henn has been with Disney since 1980 and has continued to focus on hand-drawn animation despite to move towards CGI developments as time passed.

In fact, I believe through our discussions, he admitted that there are only a small handful of people left in the entire organization that do what he does – making him a commodity. 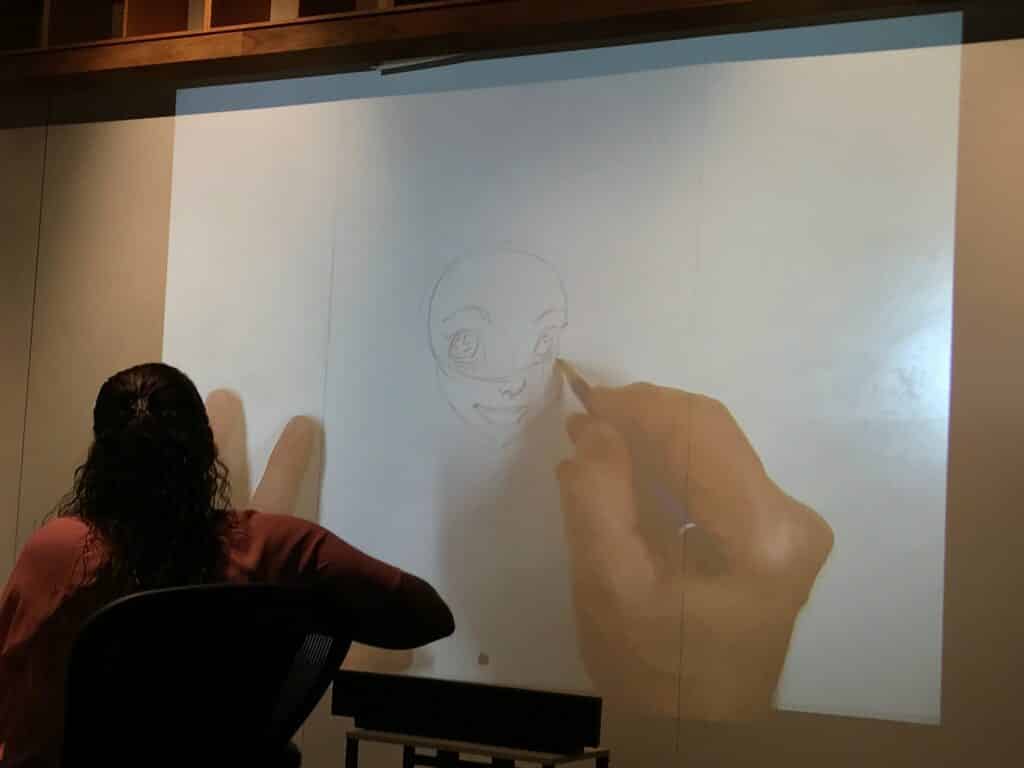 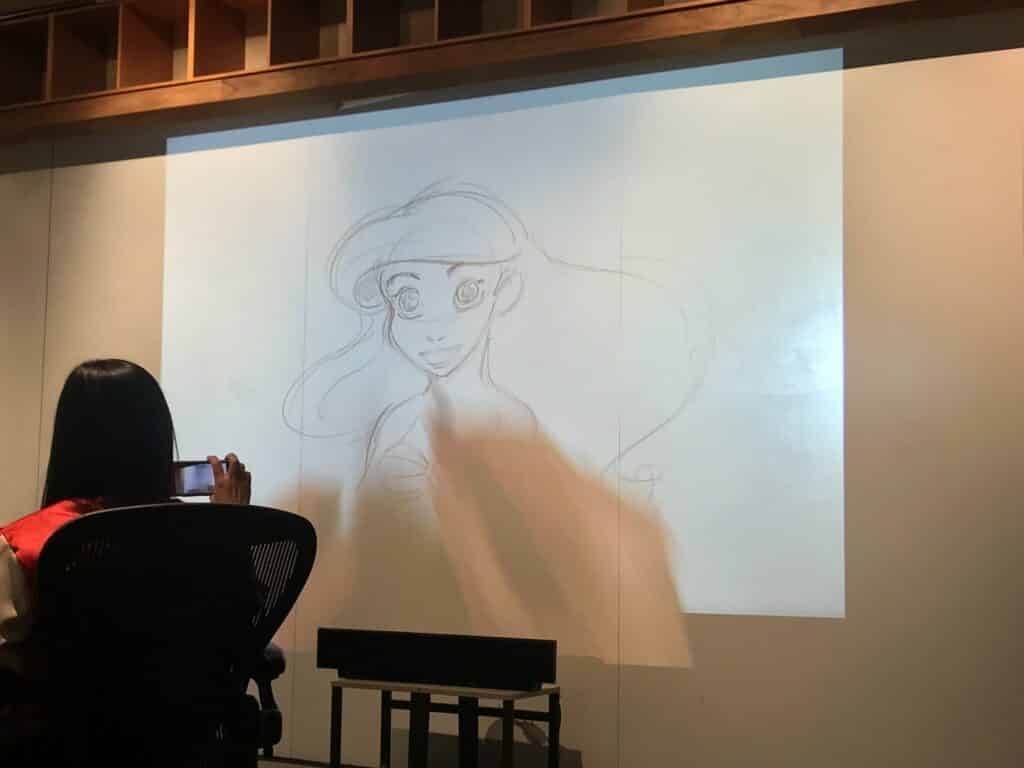 As you know, I run Permission to Hustle – a women-focused entrepreneur group solely created to support people who are struggling with direction to find some clarity. And while drawing and laughing and having fun with Mark Henn, I, myself, found a little clarity. Do what you love and do what you do best.

It would have been very easy for Mark Henn to follow suit – to follow the masses and learn computer design, CGI modeling, graphics virtualization. But instead, he stayed the course.

He focused on what he loved and on what he did BEST and what happened? He found himself a supervising animator for DECADES at Disney – one HUGE project under his belt after the next.  He didn’t chase the white rabbit. Some powerful stuff right there! 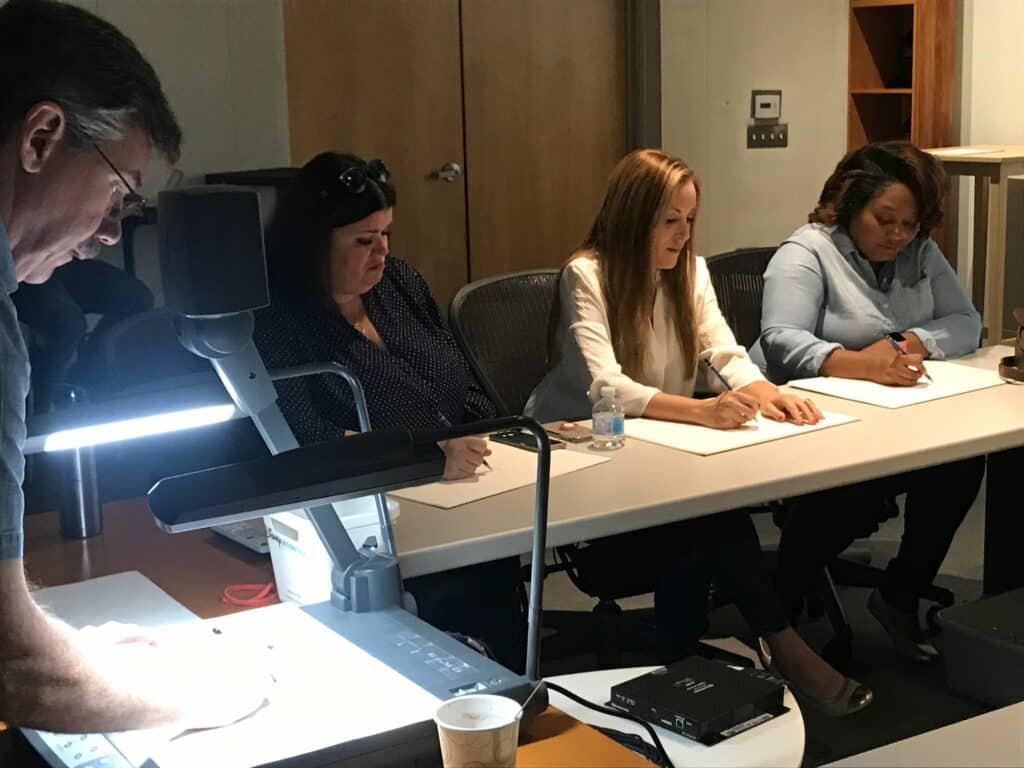 So, yes, I sat there and I drew my horrible drawing that I will not show you because I will only embarrass myself, but I really absorbed everything he said. We all get caught up in this frenzy of what THEY are doing.

What everyone ELSE is succeeding at doing instead of worry about what we can do best and WOW what a great gift he gave us all. Mark Henn gave me decades of joy as a child and now he gave me a great gift as an adult. 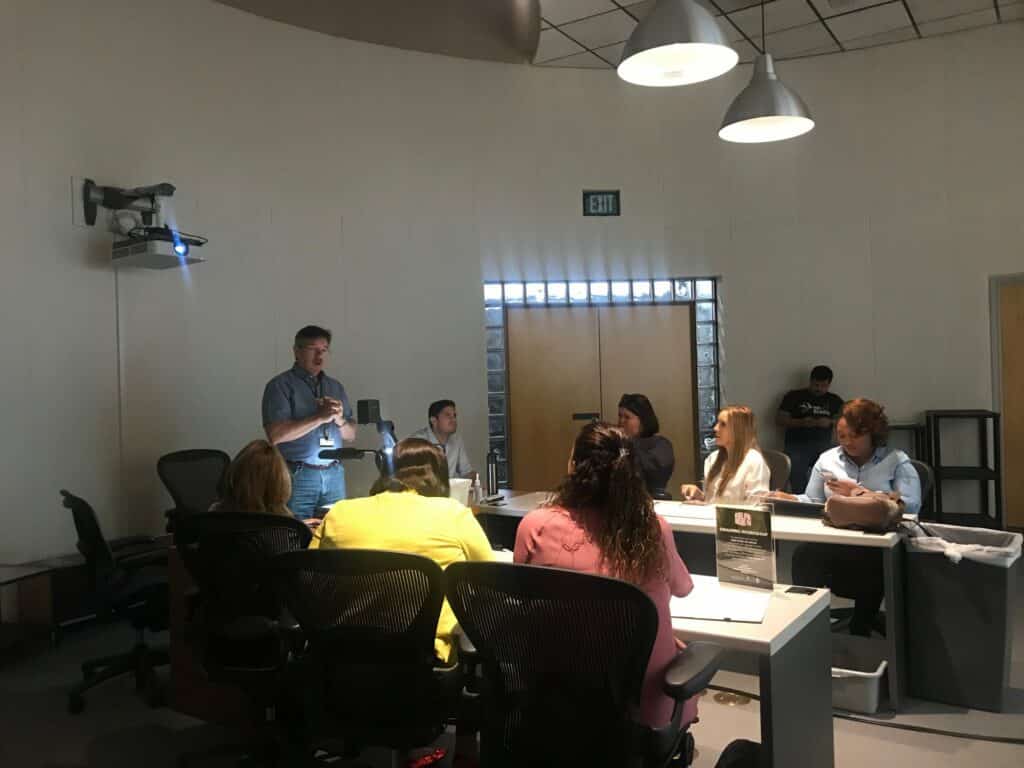 As I sat next to him, I wanted to tell him that I broke my Little Mermaid tape because I watched it so much. I didn’t have a lot of movies growing up. It wasn’t like how it is today when kids have everything.

I only had a few movies and when I was little there were two tapes that I BROKE because I watched them over and over and over again. They were The Little Mermaid and Mary Poppins. Literally BROKE THE VHS TAPE to SHREADS. WHO DOES THAT? I did that. 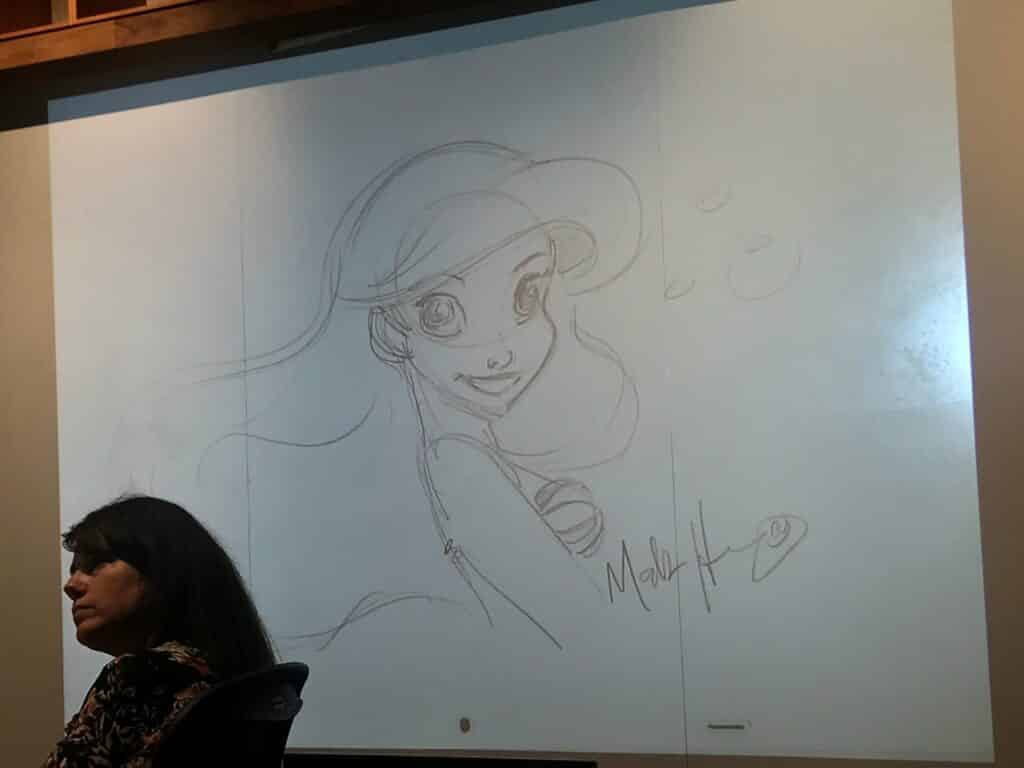 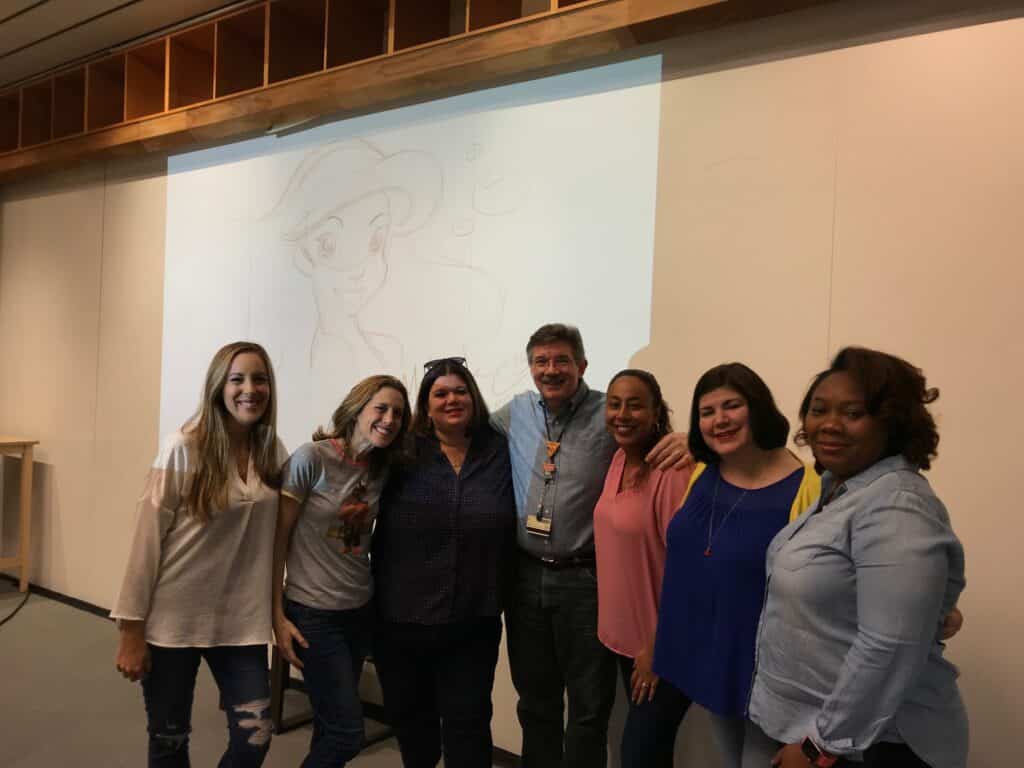 I would run home from school and watch it twice before dinner. I would dance around and sing the songs and when Ariel was in the cave holding her forks and junk from the human world and she twirled her body from the body of her cave to the top, I would mimic her every exact move – even to the scrunch of her nose.

Every small movement that he drew – I knew them. Every clench of a fist. Every tilt of a head. I performed it over and over again. I wanted to tell him. I’m literally crying right now. I wanted to thank him for giving me so much joy in perhaps a not so joyous time in my life.

He gave me an outlet – an escape. I was Ariel for 85 minutes and it felt glorious. But how can you say all of that on borrowed time? How can you express all that emotion with two words? It’s impossible. So, I said nothing but felt it all.

Thank you, Mark Henn. Thank you. 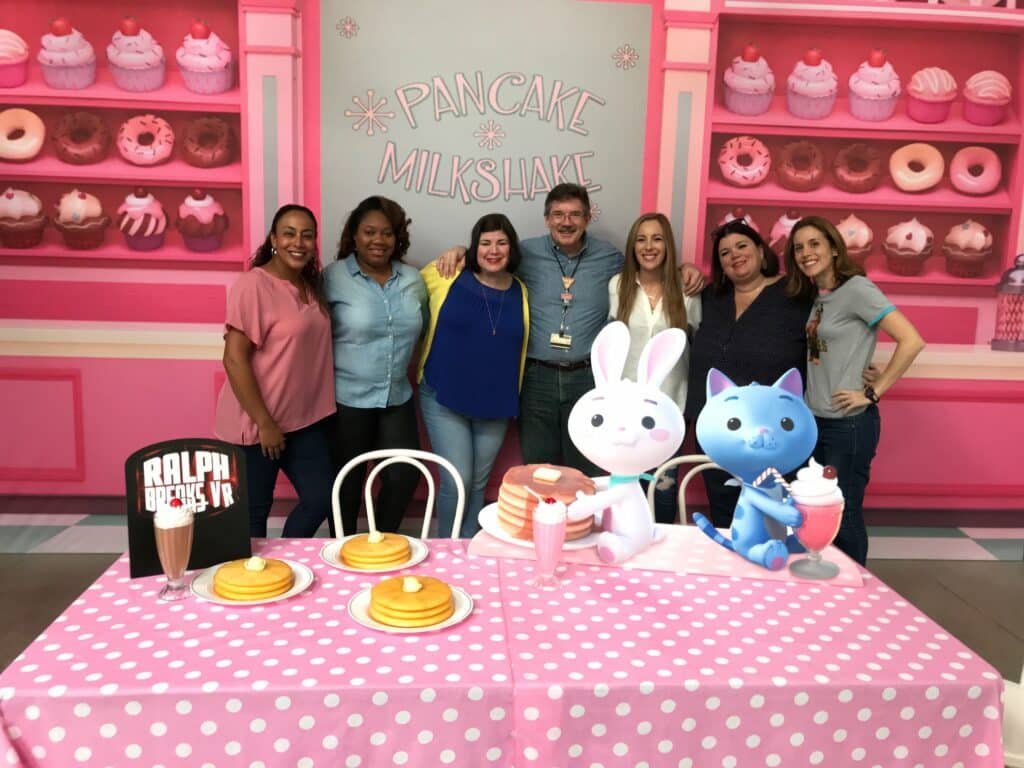 Are you ready to see The Little Mermaid at home with your family like you’ve never experienced it before? Well, I have great news! 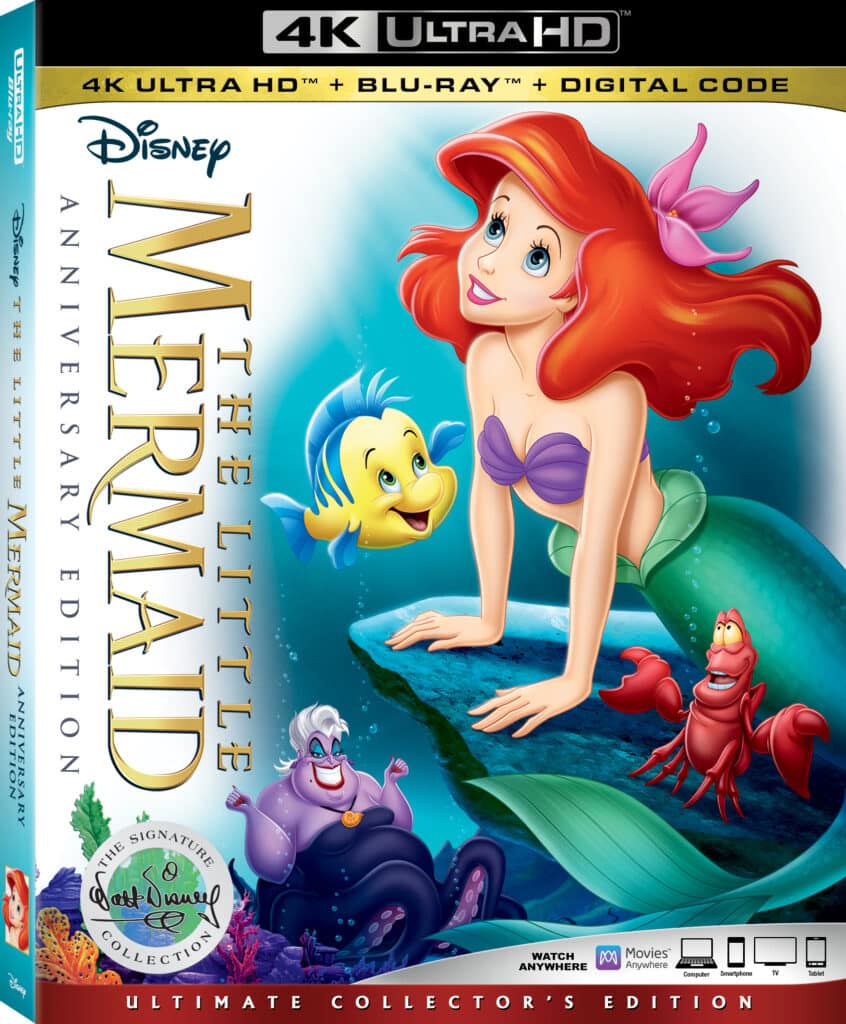 The Little Mermaid Walt Disney Signature Collection has officially released on digital TODAY – February 12, 2019 – and is due to release on Blu-Ray/DVD February 26, 2019. So, mark your calendars. 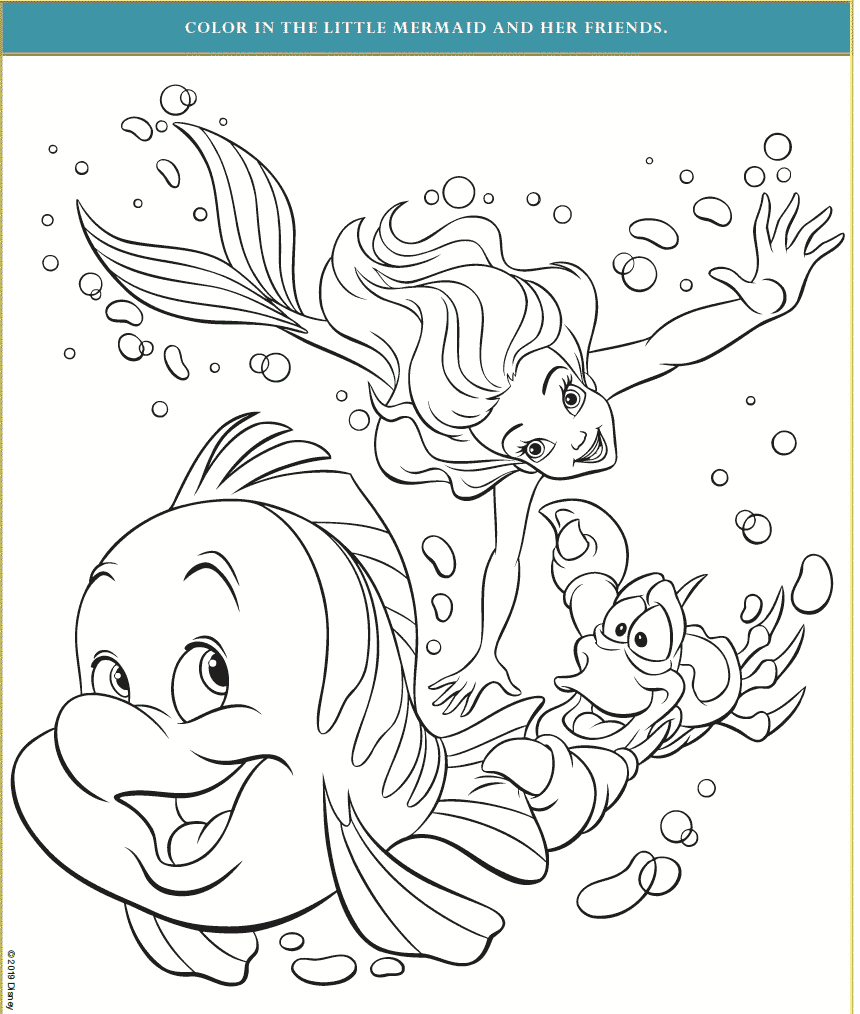 If you want to download a Little Mermaid Coloring Pages and Activity Kit Packet for your kids, click here. So much fun! 10 pages in all.

Are you a Disney fan? Do you love the Little Mermaid? Don’t you just want to give Mark Henn the biggest hug on the planet? He is amazing!! 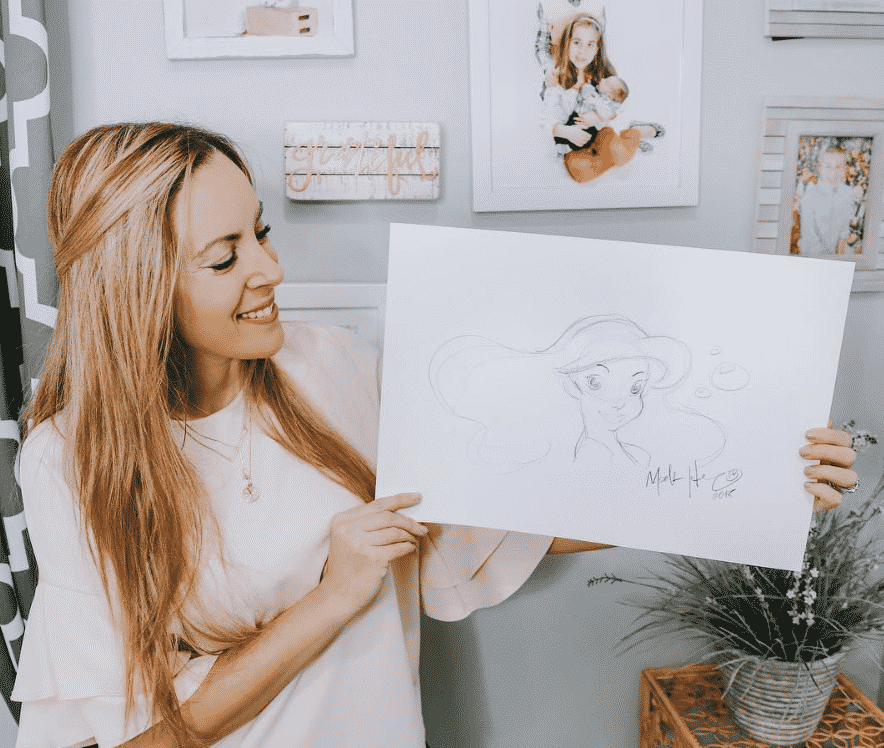 And as a special surprise, Mark Henn mailed home an Ariel drawing to all of us in the room. So, guess where this is going??? In my living room so I can look at it every single day of MY LIFE.