3cmm Dilated, 60% Effaced, Contracting Every 3-5 Minutes… And The Hospital Sent Me Home 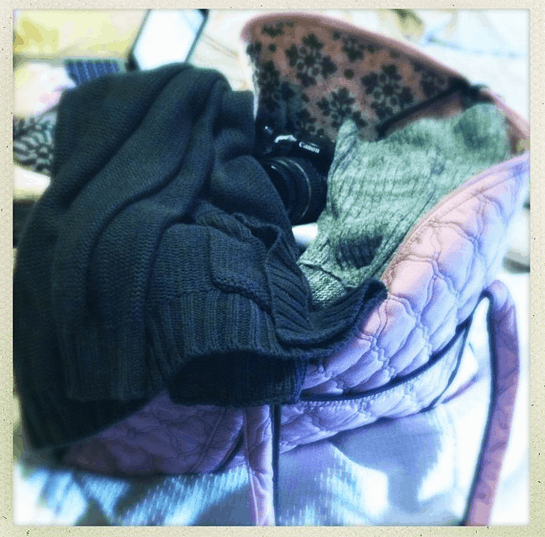 All day yesterday I felt different… jittery if you will. I felt like something was going to happen. Woke up excited and antsy. It was the strangest thing. I even had a friend tell me she had a dream about me the night before and in that dream I had the baby. Not sure if you believe in those sort of things – but I do.

At around 10AM, I started to cramp very heavily… and consistently. It wouldn’t stop. It wasn’t really on and off. It just WAS. I was also contracting every few minutes – but I didn’t time them. They weren’t excruciating at all – so I didn’t see the need.

By 2PM, I was DONE. I couldn’t handle it anymore. I told Bill this was a very different day and that I had to call the doctor. There was SOMETHING going on. My doctor told me to go to L&D to get checked out.  Two friends came and took my kids to their after school activities and off we went to the hospital.

When I got to the hospital I was placed on the monitor. Shockingly enough, I was contracting a LOT. The BIG ones (the ones I actually FELT) were about 5 minutes apart. But in between them were smaller ones which I was not aware of.

When the nurse came in to check me, she told me I was 3cmm dilated and 60% effaced. I was very excited because with my last two children I was admitted at 4cmm. AND both times I had NO PRETERM symptoms. I went to the doctor and after an internal she just sent me to the hospital. In FACT, with my last two babies, Bill and I went out to EAT before hitting the hospital after the appointments. That’s how uneventful the beginnings of those labors were – easy breezy.

I NEVER FELT PAIN prior to being admitted to the hospital. I was SURE this time around I would be admitted.

Well, after the nurse called my doctor I was released. And I was so confused!!!! She said if I was having a c-section, that they would have kept me but since I want a VBAC I have to come in STRONG and what I was experiencing was just not enough.

As soon as we got in the car I started to cry. I was in pain and I was hoping I could just get this party started. But I wasn’t ready yet. 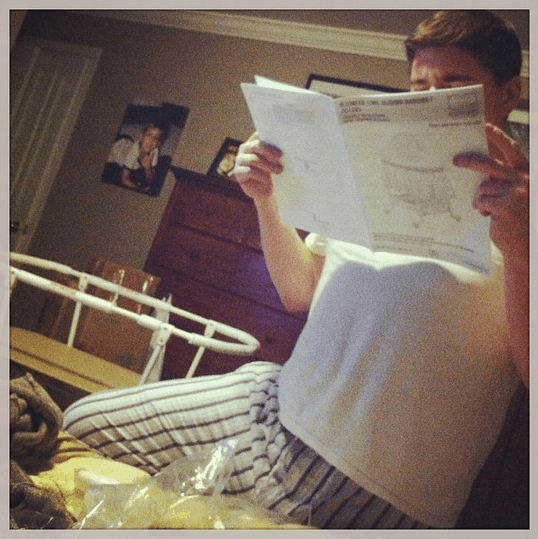 Bill and I had the kids sent back home to us. Natalie was in TEARS – she was expecting a dinner play date and I ripped her right out of that dream. Felt bad about that – but I didn’t want to impose. Everything was so last minute. Looking back, I should have just let her have dinner there… oh well.

Anyway, the family ran to Babies R Us and picked up a bassinet. We’ve been dragging our feet over this purchase. The one I wanted was out of stock. I don’t have time to wait (at least I hope not) – so we bought what was available. We then went to dinner. I was contracting and in pain through both events. People must have thought I was CRAZY in the restaurant. I was like GRIPPING the side of the table…. UGH.

When we came home, the kids each took showers and Bill went to TOWN. He started to put together everything. FINALLY! I guess this shook him up. I drank about a gallon of water and went to sleep around 10. By then, all the pain stopped. It lasted a good 11 hours though. Yesterday, was not a fun day. Not at all.

I woke up around 3AM and did a little Google search. Apparently, this is normal. People don’t necessarily get admitted this early in delivery. My last doctor was just different – she put me right in and broke my water to move me right along. Different doctor – different hospital – different rules.

I was SO UPSET ALL DAY. I cried HARD. I was so ready for the drugs and to have this baby! The nurse told me to come back when I was REALLY in pain. Well, I’ve never done that BEFORE! I’ve never had to go through all that nonsense. I would walk in, tell them I was 4cmm (BOTH TIMES) and they would hook me right up to the epidural. Plain and simple. Now I have to LABOR a bit before this new hospital lets me get in the game. I was crying because I just DON’T WANT TO DO THATTTTTTTTTTTTTTTTTTTTTTTTTTTT.

But I have no choice. This is what they want. I’ve accepted it. I’m going to have to struggle a bit this last time.

It is what it is. It isn’t what I want… but I don’t make the rules. Honestly though, I’m so pissed.

Today – I’m not going to move. I do NOT want to have this baby today. I share a birthday with my husband and it’s not fun to have to share your birthday with something. I don’t want my son to have to have his birthday parties at school the day after his birthday because everyone was too busy celebrating Valentine’s Day on the actual date. I know that’s so lame to say – but I think ahead… and am totally corny like that.

I have an appointment with my doctor this morning – three of them in fact. So, now (unlike yesterday) I am praying he tells me I am the SAME and have not progressed. I want to get to Friday before I progress any further.  But again – I recognize that it’s out of my hands. I am a control freak and I have to let go of myself for this one.

Sorry for such a long post… but there was a lot of emotion felt during the last 24 hours.